A two-hour HBO documentary about the final season of Game of Thrones has explained the logistics behind one of the show’s most memorable scenes.

Yup, there was arguably no bigger moment in the last series than when Arya put an end to the Night King, leaping out from the darkness and plunging a dagger into him. Truly, truly badass.

However, while no one can deny it was an incredible moment, it did leave us wondering where the hell she’d popped up from. It was like she sprang out of literally nowhere, almost as if she’d been dropped from above.

Well, it turns out there’s actually an explanation for this – as revealed in HBO’s The Last Watch documentary, which aired on Sunday and took us behind the scenes of season eight to explore the processes behind what happened.

As you’ll no doubt remember, in the scene, the Night King is moments away from lopping Bran’s head off.

However, out jumps a screaming Arya, who not only distracts the Night King from trying to kill Bran, but also manages to shove a dagger in him. 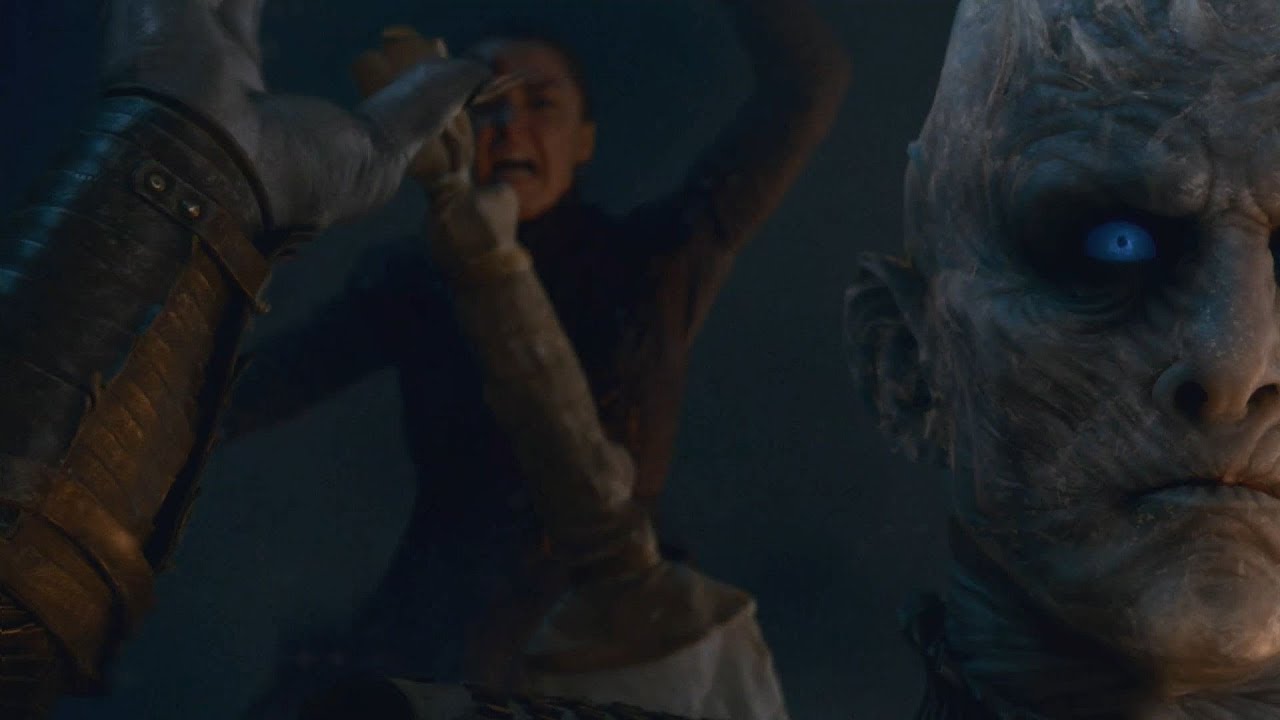 Arya seemed to pop up from nowhere. Credit: HBO

During a table read of the Battle of Winterfell, writer Bryan Cogman is talking through the script with the cast, and eventually gets to Arya’s now-famous scene.

“Something is hurtling towards him out of the darkness: Arya,” Cogman explained.

So while we didn’t actually see this detail in the final cut – partly because the action is surrounded by complete darkness – we now know Arya used a pile of dead bodies to spring from, before hurtling down onto the Night King.

And it turns out we weren’t the only ones impressed with Arya’s bravery of the final season, as her co-star Nikolaj Coster-Waldau has since spoken out about his desire to see a spin-off series about the young Stark.

Coster-Waldau, who played Jaime Lannister, took to social media shortly after the final series aired, telling fans: “That episode, it was amazing! I really thought it was a great ending. And Arya…

“I know they’re doing all these prequels, but what about the sequel? With Arya? How about – I’m just throwing something out here… How about a petition?”

He added: “An online petition to HBO that they do a sequel with Arya Stark.”

Since then several petitions have sprung up, with hundreds of fans demanding the show’s makers do Arya justice and give her a series of her own.

Sadly, though, it doesn’t look like an Arya spin-off is something that will happen, as HBO programming president Casey Bloys said sequels are a no-go.

Speaking to The Hollywood Reporter, the TV exec said: “Nope, nope, nope. No. Part of it is, I do want this show – this Game of Thrones, Dan and David’s show – to be its own thing. I don’t want to take characters from this world that they did beautifully and put them off into another world with someone else creating it. I want to let it be the artistic piece they’ve got.”

What do you think? Do you want another fix or is a sequel a bad idea? Let us know at Game of Thrones: Westeros Posting on Facebook.