Gordon Ramsay once claimed he would electrocute his children if they became vegetarians and poked fun at vegans by suggesting that the acronym PETA stood for “people eating tasty animals”.

And now the celebrity chef has sparked a huge debate on Twitter after killing a mountain goat before cooking and eating it on the latest new episode of his new National Geographic series Uncharted. 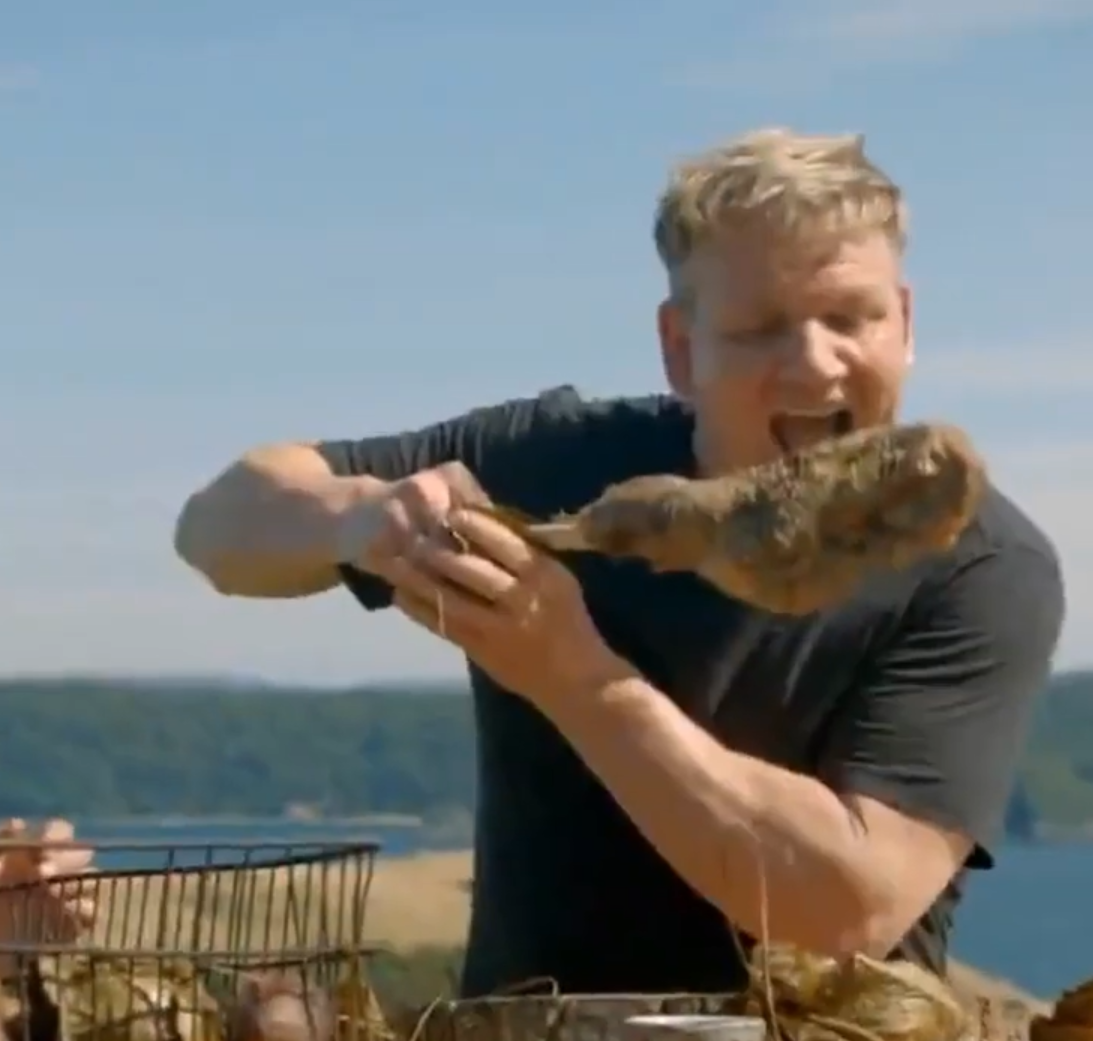 Kicking off in Peru, the channel says that the series is intended to show Ramsay “embarking on anthropology-through-cuisine expeditions to explore the people, places and flavours the world has to offer.”

However when it aired in the US two weeks ago, people started kicking off straight after the first episode in which Gordon dined on roasted guinea pigs (know locally as ‘cuy’), saying: “You do not know what you’re missing. I am telling you now, delicious.” 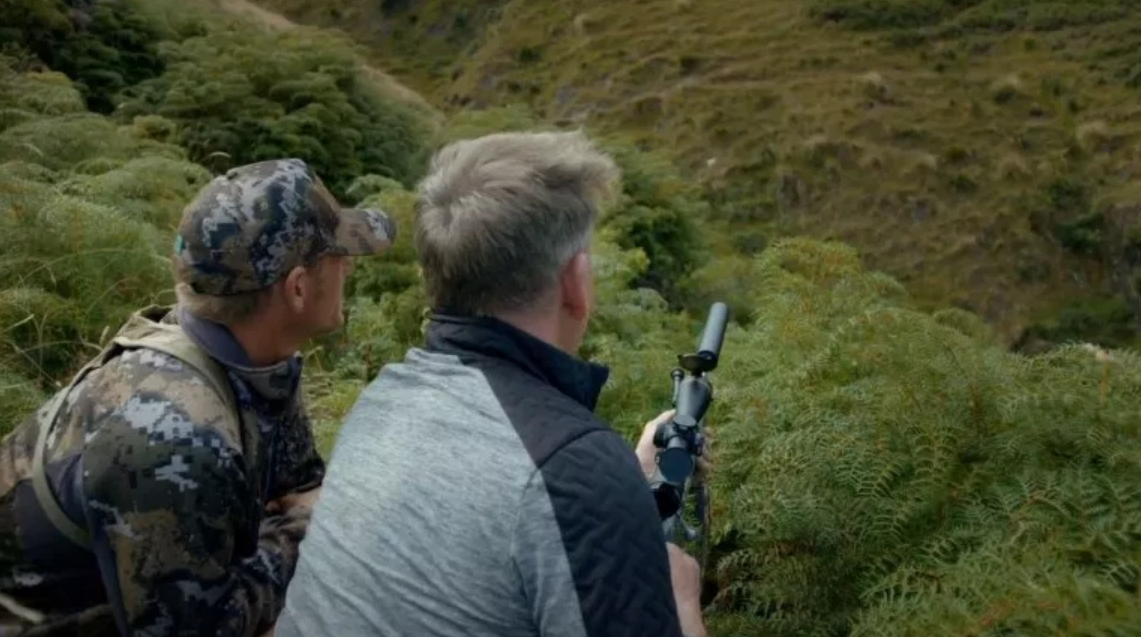 Many viewers weren’t impressed, with one tweeting: “My mother left the room after she say the guinea pigs” and another adding: “I won’t be going to any of Gordon Ramsey’s restaurants ever again!”

That was nothing compared to the response to the latest episode though, where the famously foul-mouthed chef headed to the remote corners of New Zealand’s South Island where he “discovered the secrets of Maori cuisine.”

Teaming up with Monique Fiso – a popular chef in New Zealand – she sent Ramsay to the hills to kill a mountain goat, which he duly shot. He then cooked the meat and served it with fuchsia berry chutney and roast salad of wild forest and herbs, which guests described as “perfect.” 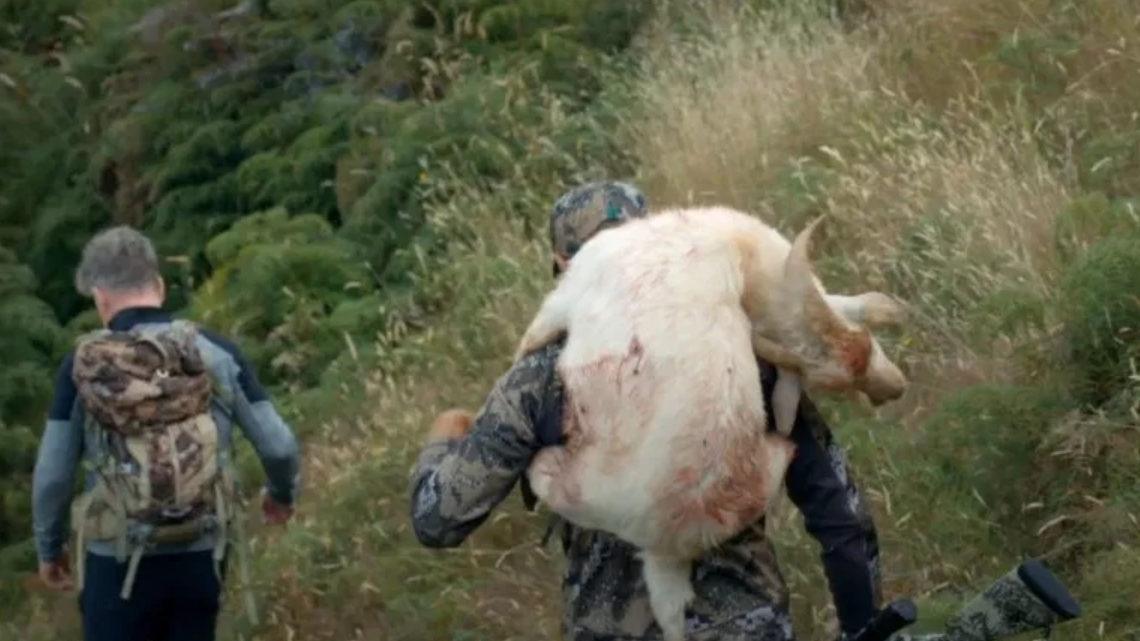 It wasn’t just the goat getting roasted, though – a number of Twitter users have since gone into uproar over the killing, with one posting: “What a mindless cruel show from yet another overweight mindless ego driven cook”

“What the f*ck you playing at @GordonRamsay I used to like you but after this you can f**k off to hell” said another, while a third posted: “Please stop killing animals for ‘entertainment’. There’s already enough killing in the world.”

“@GordonRamsay POS I HOPE YOU CHOKE ON THE NEXT ANIMAL YOU KILL! NEVER WATCHING ANOTHER ONE OF YOUR SHOWS!!” exclaimed another angry viewer.

However, are these critics missing the point of the show, which was designed to inform and educate rather than shock?

Guinea pigs have been a staple meal in Peru for the last 5,000 years and National Geographic has pointed out that Maori people “were hunters and gatherers who harvested their food from the mountains, forests, rivers and ocean”, and all Uncharted is doing is making viewers aware of these facts.

It has been going on for thousands of years, and who is to say whether a goat’s life is more important than a cow’s life – a meat which is regularly eaten around the country.

Anyone else drooling over this roasted goat or is that just us?#Uncharted pic.twitter.com/tDOHSXDhrn
– Nat Geo Channel (@NatGeoChannel) July 29, 2019

The show is confronting the reality that any kind of meat involves the killing of an animal – even if it is done behind closed doors with minimal pain – and other viewers are praising Ramsay for his honesty.

“@GordonRamsay people got mad at you for killing a goat on TV to eat it but eat meal all day from slaughter houses #uncharted is dope keep it up,” said one fan.

@GordonRamsay people got mad at you for killing a goat on t.v to eat it but eat meat all day from slaughter houses #Uncharted is dope keep it up :clap:

Standing up for the chef, one New Zealand dweller tweeted: “Goats are pests in NZ, we hunt them for food on a daily basis…they will kill our unique native trees/bushes if we don’t keep on top of a regular cull. Gordon Ramsay’s meal looks perfect.”

What are your thoughts on this hotly-debated topic?