Like with any tactical plan you’re about to carry out, you really could do with a getting a bit of practice in beforehand. School nativity rehearsals back in the day? Driving lessons before actually being deemed road-ready. Playing Grand Theft Auto before storming Area 51…

The latter may have caused a bit of confusion but that is what some people are apparently using to gain some well-needed experience prior to getting access to the highly classified United States Air Force facility. 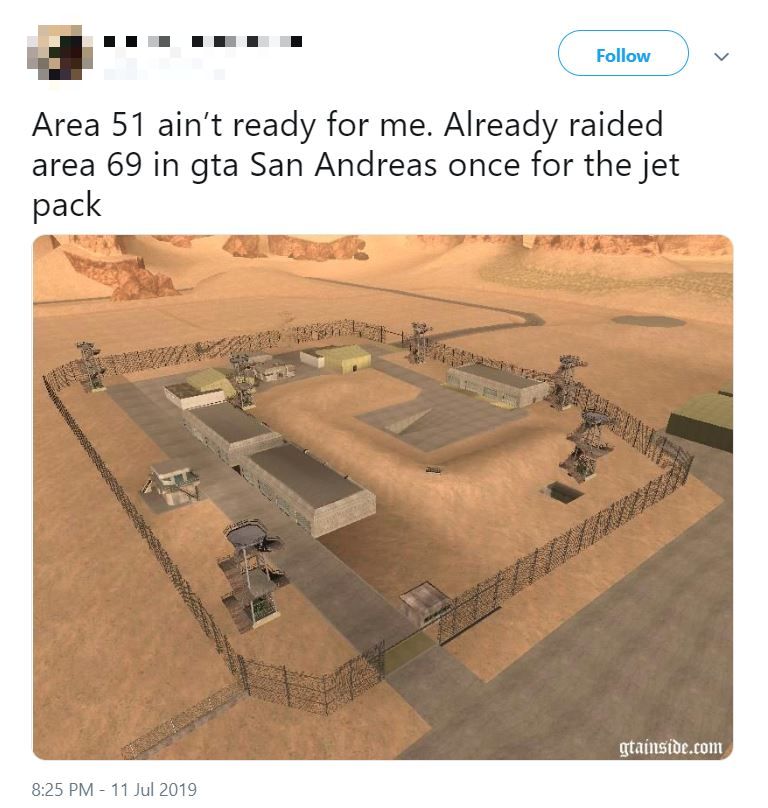 Admittedly, this might be a much stronger approach than the original ‘plan’ which was to storm Area 51 by – wait for it – throwing pebbles.

Facebook event ‘Storm Area 51, They Can’t Stop All of Us’ is founded on the belief that the US Air Force won’t be able to stop all of them.

They might have a point because although the US Air Force have heavier artillery than most pebbles, there are currently 423,000 people going and a further 434,000 interested.

If they all stick to their word and turn up to the ‘event’ that’s a grand total of 857,000 people to try and stop. 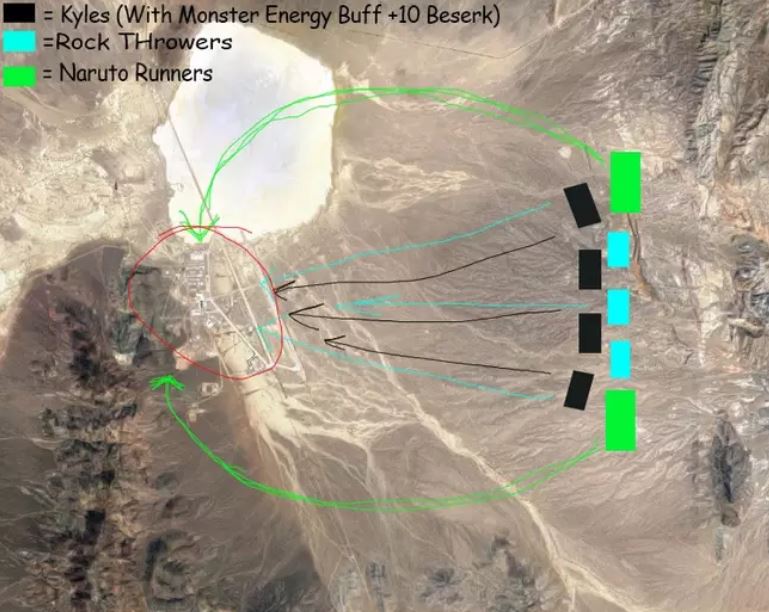 In a pinned post on the event page, the group’s apparent leader laid out the master strategy.

He said: “Ok guys, I feel like we need to formulate a game plan, I’ve put together this easy to follow diagram here for a proposed plan.

“The basic idea is that the Kyles form the front line, if we feed them enough psilocybin and monster energy and say that anyone in camouflage is their step dad, and the entire base is made of drywall then they will go berserk and become an impenetrable wall. 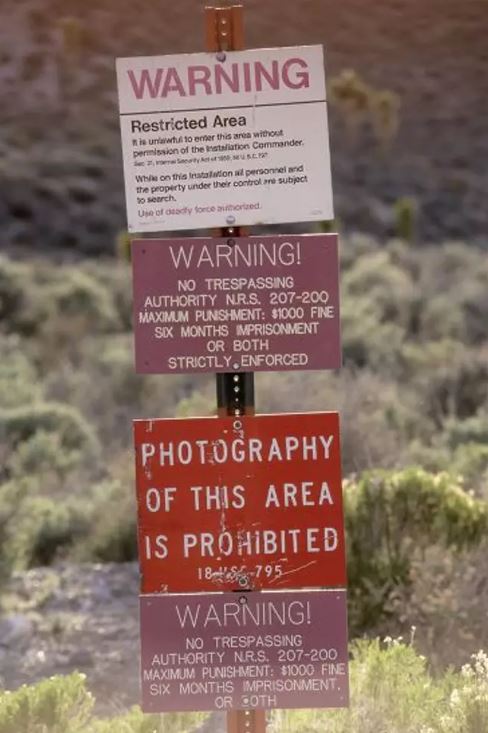 A group of more than 800,000 people are planning to storm Area 51 armed with pebbles. Credit: Stock Connection/Shutterstock

“Then the Rock Throwers will throw pebbles at the inevitable resistance (we don’t want to hurt them, we just want to annoy them enough to not shoot the Kyles as often).

“While this is all happening, the two Naruto Runner battalions will run full speed around the north and south flank, and shadow clone jutsu, effectively tripling our numbers, and overwhelm the base (red circle).”

Sounds like a solid plan has been constructed. But, if you’re wondering why all these people are interested in the event, it’s because conspiracy theorists have speculated that aliens and UFOs are being hidden in there.

The storming has been scheduled for 20 September this year. Pebbles at the ready, just time to brush up on GTA and we’re good to go.