*** WARNING – SPOILERS FOR AVENGERS: ENDGAME AHEAD ***

Excitable promo campaigns for blockbuster movies come and go, but it’s safe to say that Avengers: Endgame lived up to the hype. The film had the biggest box office opening ever, with positive reviews pouring in on top of ticket sales.

It goes to show that most of us are happy to suspend disbelief for the sake of entertainment, because, well…

… None of the characters in the Marvel Cinematic Universe are real. Not even Captain America.

Still, it would be interesting to know how theoretically plausible the ‘quantum realm’ is, since a lot of the narrative arc revolves around it. 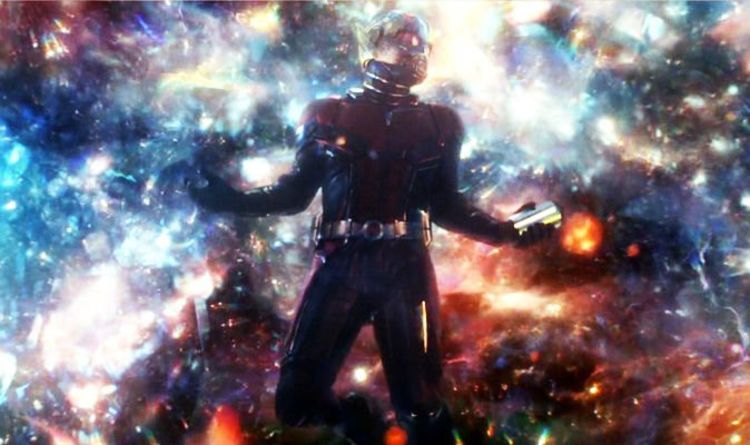 Just how theoretically plausible is the ‘quantum realm’? Credit: Marvel

In the MCU, the realm is basically explained as the world of atoms and subatomic articles where everything is really tiny. The idea is that by making oneself as small as an atom, the rules of quantum physics – which are quite different to those we live by in the macroscopic world – begin to kick in, enabling one (or, say, a team of Avengers) to go back in time.

So, is this a vaguely accurate interpretation of how quantum physics work, or about as likely as an actual bloke called Thanos snapping his fingers and decimating half of the universe’s population?

Well, according to Raphaël Lebrun, quantum physics doctoral researcher at University of Sussex, it’s basically a load of ‘exciting bullshit’.

Speaking to LADbible, he said: “What disturbs me maybe the most in the movie is that they use this quantum realm as a way to travel back in the past. They kind of jump into the atom scale and below, and then they navigate themselves back in the past as if they have jumped into a time machine.

“Now I’m sorry to say this, but atoms experience time the same way as we do, so I don’t think there is quite a way to navigate yourself back in the past. That is not how, as an experimental physicist, we do things in my lab, because the mathematical framework is not there.

“There’s a lot of exciting bullshit, but I think it’s good because it’s attracting a lot of interest into what quantum physics is and it has been picked up a lot in the news.” 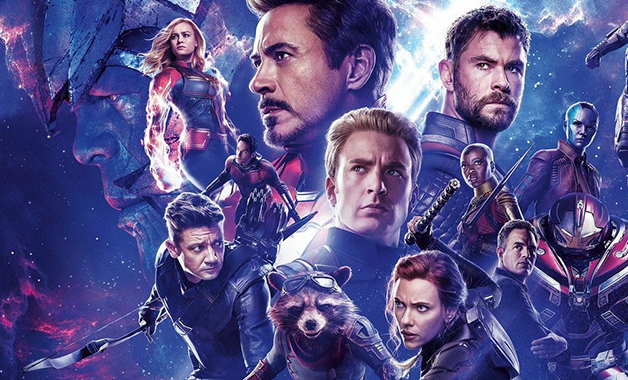 A quantum physicist has described the physics in Avengers: Endgame as ‘exciting bullshit’. Credit: Marvel

Referencing a recent groundbreaking study by the Moscow Institute of Physics and Technology (MIPT), Mr Lebrun – who works in a lab which is trying to build a quantum computer – said there is physics to support time-reversal on a particle level, however, in practice this would actually impede Ant-Man and co more than anything.

He said: “There is some really interesting physics that tells you on a quantum scale, a quantum system – so a system made of very small particles – time evolution can be reversed. So from the point of view of a particle, it would be feeling as though it was going back in time.

“If you imagine putting your hot tea on your desk, the thermal dynamics will tell you that your hot drink is going to get cold because the heat is just spreading into the environment. What MIPT achieved is kind of the opposite but on a quantum level – so what is usually order becoming chaos, is chaos becoming order.

“That, mathematically, is very much like going back in time. From the point of view of these particles, they’re rewinding themselves.”

The world has spoken. Marvel Studios’ #AvengersEndgame is the #1 box office opening of all time.

He continued: “If you were like Ant-Man and you put yourself down to the level of these atoms and went back in time, you would actually be rewinding yourself and then you would expand again to a normal scale.

“If you rewound yourself for 20 minutes, you’d feel like you just lost 20 minutes of your life, but the world would have carried on. It’s only you that would have been rewound.

“You would be younger, would have lost all knowledge of what happened in the past 20 minutes, but the world will still have kept on going – so I think that it’s almost the worst power.“

Yeah, Self-Imposed Memory Loss Man doesn’t have the best ring to it. 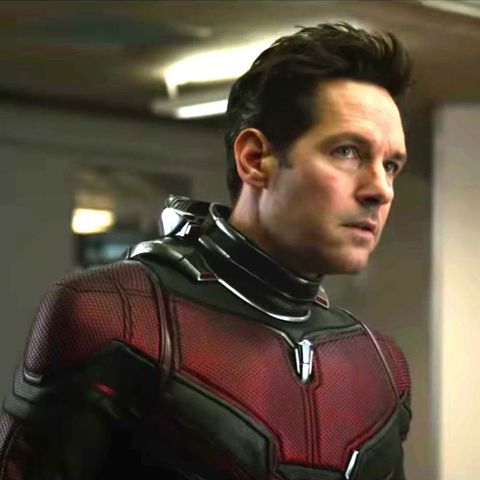 It sounds like Ant-Man’s power wouldn’t really be very helpful at all. Credit: Marvel

Indeed, Mr Lebrun reckons about the only accurate reference to quantum physics in Avengers: Edngame is when Tony Stark (god rest his soul) lets loose with a profanity in the lab.

Mr Lebrun said: “I think the only thing that is really truly accurate is probably when Tony Stark is building the time machine.

“He starts making calculations and finds that in theory it is not possible, but that in practice it is, which is very odd – usually you find that the theory is possible but in practice it is very hard to make.

“He makes this simulation and when he is doing his calculation, he realises it is possible and he has the most accurate estimation you can have, which is just stepping back and saying, ‘Oh shit.’

“In reality, this is probably one of the most-used sentence in the lab. As with any project involving a lot of time and energy, it can become quite personal and emotional, whether the result is surprisingly good or bad.”

But while the quantum physics in the film may not be accurate, Mr Lebrun understands why they chose to use it. 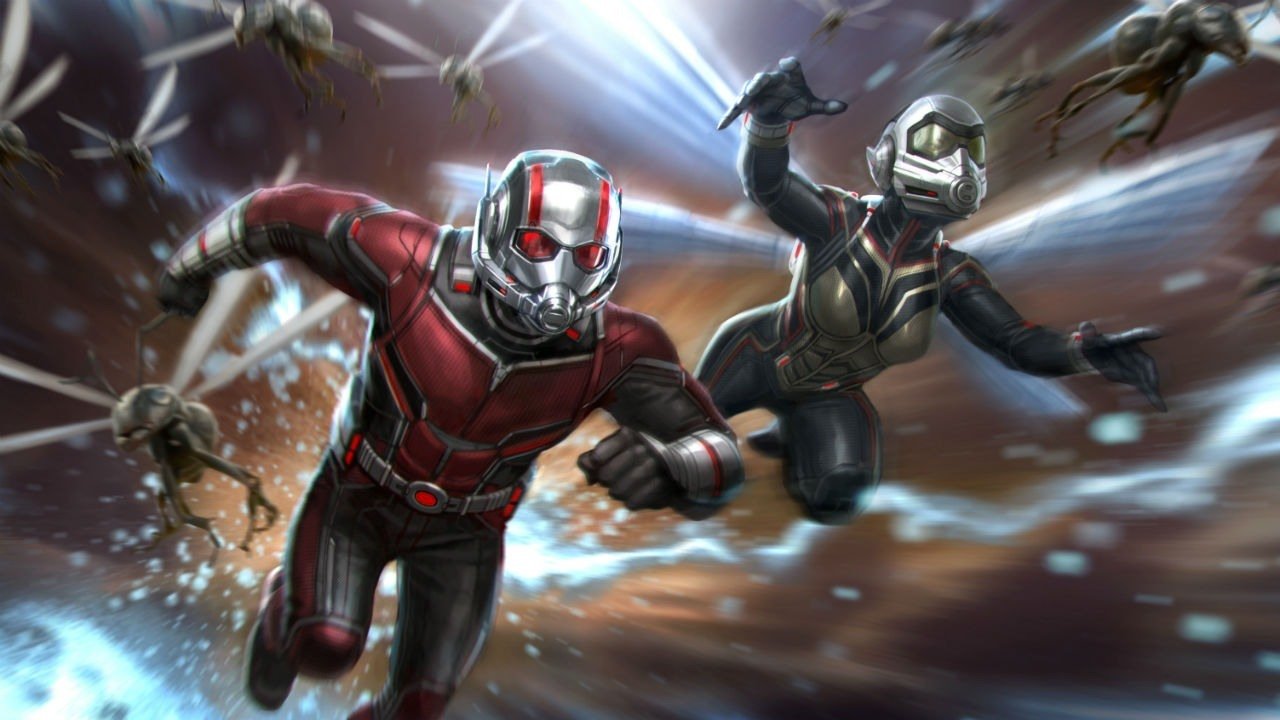 Mr Lebrun thinks it is good that quantum physics is being used in films, even if inaccurately. Credit: Marvel

He said: “It feels like the directors are using quantum physics as a way to say, ‘Oh, I can’t explain this, but I need in my storyline something that takes me back in the past – I’ll just put it on the back of quantum.’

“Definitely, quantum physics is weird and is counter-intuitive, so I kind of understand why they use it.

“It’s true that the rules that exist on a quantum level are slightly different to the rules we are used to, because what we see on our scale is a rough average of everything small, and some of the interesting properties are brushed off in the macroscopic world.

“What quantum physics tells us is that when you look at particles on an individual basis, they behave in ways that are not necessarily instinctive to you, because you’re not used to seeing something so small which has more intricate rules than anything big.”

Indeed, Mr Lebrun is in favour of the application of quantum physics in films, even when applied inaccurately – just as long as people don’t subsequently expect too much from the field.

He said: “The idea of quantum physics being conveyed in movies is really good, to introduce people to the idea of it being counter-intuitive – it doesn’t necessarily have to be realistic. I think it is enough to trigger some interest.

“The physics is truly exciting, because it’s not intuitive. Quantum physics tells you that particles can be in two places at the same time, and that’s not something you encounter every day and experiencing that in the lab is very exciting.

“The only drawback may be that by promising too much, you can also trigger some disappointment in some people.“

So by all means, consider a career change to the world of quantum physics if you want to experience the sheer wonder of it all… but probably steer clear if you just want to figure out a way of going back in time and saving Iron Man.