Well, it looks like it’s fully confirmed. Romance isn’t dead after all and we have solid proof in the form of the video below.

The footage shows a pilot who pranked his girlfriend in to thinking the plane he was flying was going to undertake an emergency crash landing. OK, sounds a bit harsh, but wait for it – he then proposed to her mid-air.

David Singhas and his partner Liz got on the flight near their home in North Carolina. But while they were cruising through the air, David, who had even got his mate in on the act started to plant the seeds of doubt that there was something wrong with the plane.

Liz, who was acting as co-pilot at the time, started to look a bit uneasy, especially when David then asked her to read through the emergency handbook which includes locating the nearest landing site, which was a field.

She didn’t take it too well, but David urged her to carry on reading. The passenger brief checklist read: seatbelts and loose items stowed, to which David says ‘check’ – ending with a check that the pilot in command will love the co-pilot forever.

David responds with a ‘check’ and Liz stumbles, starting to guess what he may be up to.

The final item on the list – ‘will you marry pilot in command?’ – was met with hesitation as Liz comes to the full realisation that this was in fact the proposal.

David asked again with the ring in hand, and Liz replies with a massive yes; the pair begin to well up and express their love for each other.

David said: “This was Liz’s first time in a small plane, so I was planning on taking her up just for an introductory flight to see if she would enjoy flying with me more often.

“I asked her best friend, and one of my good friends to come along so Liz wouldn’t be as suspicious.

“With their help, we faked an emergency that required Liz to read a checklist for me, and on the checklist was the proposal! 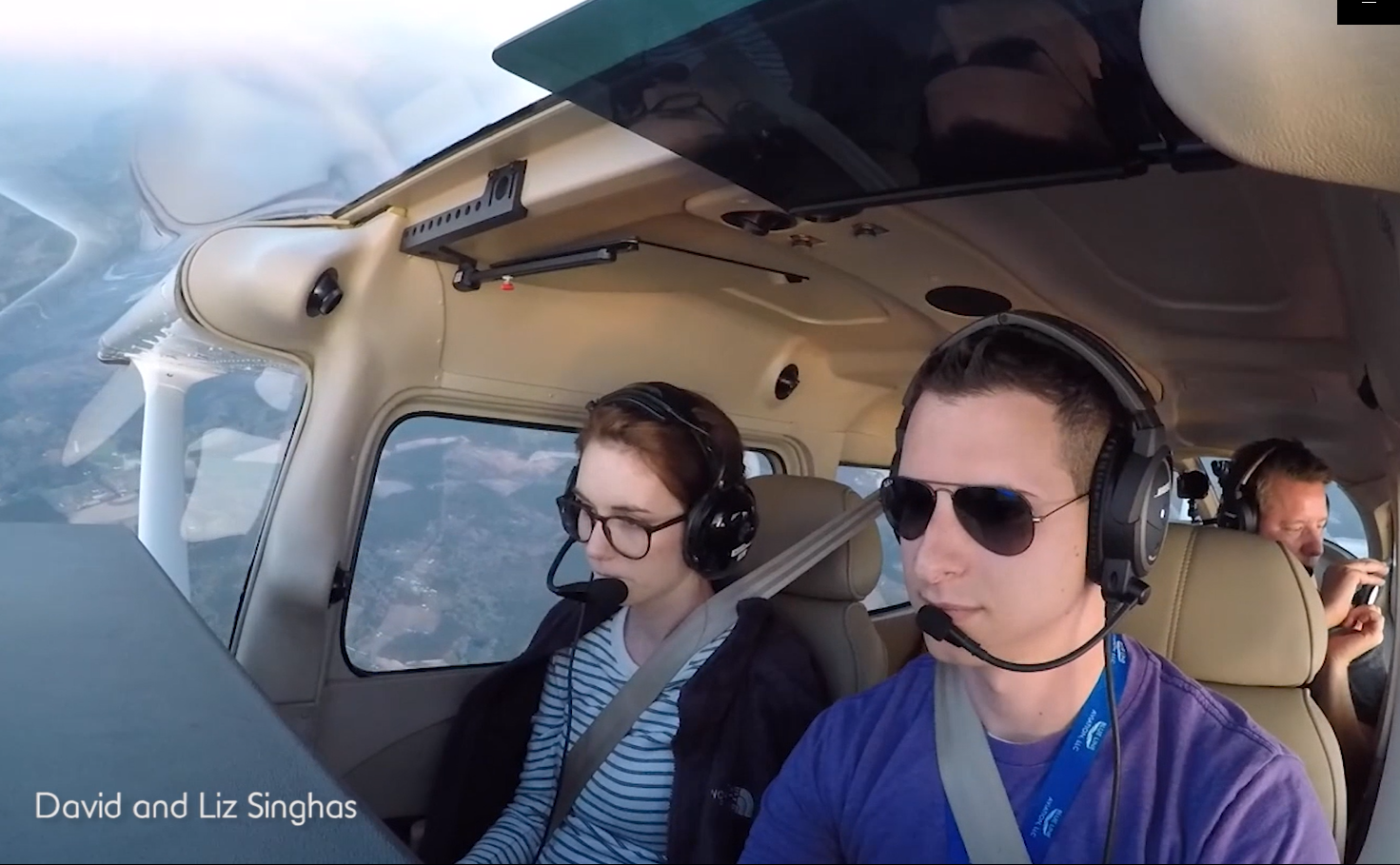 “I was extremely nervous that I would give it away that the emergency wasn’t real.

“Once the engagement process started, I was overwhelmed with emotions of excitement and love for Liz.

“It went according to plan, Liz believed it was a real emergency, Liz said yes, and we all got an amazing memory to cherish forever!”

And that, lads, is how you do it. Congrats to the happy couple.