Mitsuhiro Arita is a freelance illustrator who has been drawing Pokémon cards for more than 20 years, back before the original game was even released. He’s seen the series grow from its grey pixel art beginnings to the modern phenomenon. Though, the artist couldn’t predict the series’ eventual success, even at the beginning doubting it would take off at all, he has been a constant throughout its life. He’s responsible for some of the most famous Pokémon cards, such as the portly Pikachu and the original Charizard.

We recently had the opportunity to talk to him about how he first became involved with Pokémon and how he sees the creatures he’s drawn hundreds of times over the last two decades.

When Arita-san was first interviewed for the role he had very little to go on. “The first time I saw a pokémon was grey pixel art from the game,” he tells me. “Only that. There was no other illustration.”

When I asked Arita-san if he was sold on Pokémon when he first saw the game and how little supporting materials he explained that he’d “been looking for the chance to be a professional Illustrator. So, at that time, I thought I’d try anything.” 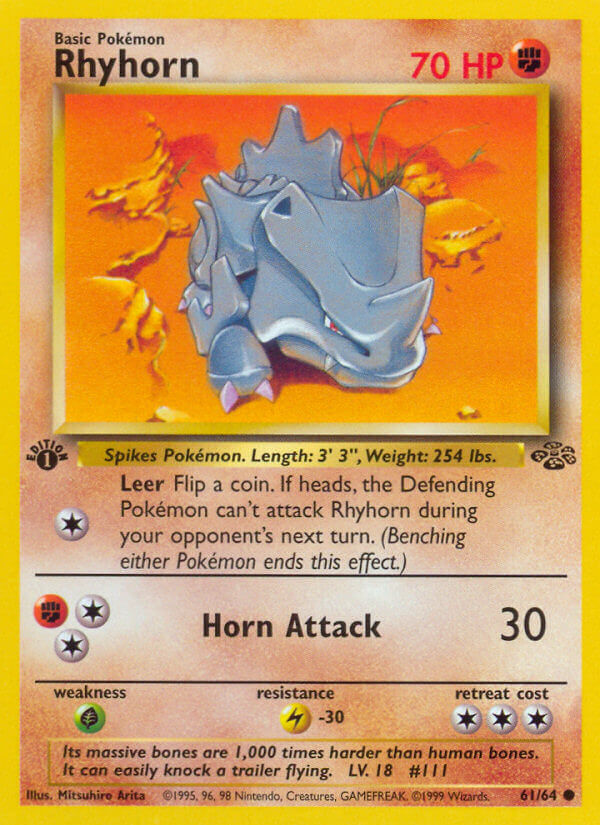 The first card Arita-san ever illustrated

The first pokémon he worked on was an illustration for Rhyhorn. He only had the pixel art to work with at first, but “in time they game me the Pokédex text”. At that early stage the illustrators had “total freedom to create”. He could create the environment and fill it with whatever vegetation and creatures he thought would work with the subject. That’s much changed now – “Nowadays there’s the animation and the new games, and the design of the world is more detailed”. One of the knock-on effects of that is the illustrators “can’t draw any specific vegetation” and “as pokémon are the only creatures in the Pokémon universe” that means no insects buzzing around the scenes.

Two of Arita-san’s most famous cards from that early time, Charizard and Pikachu, show the freedom of approach. Charizard isn’t placed in the world like Rhyhorn, instead its background is a swathe of colour.”I don’t remember there being any specific directions on the game design of the TCG,” Arita-san says. “But even so, it was clear that Charizard was the strongest Pokémon in the lineup at the time. That’s why I decided to go for a more battle scene.” Whereas with Pikachu, despite being a powerful Pokémon in the anime, Arita-san chose to create a nature scene. “I really like nature documentaries,” he explains. “I really wanted to try to depict Pikachu as if it was taken as a snapshot moment of it living in the wild.” 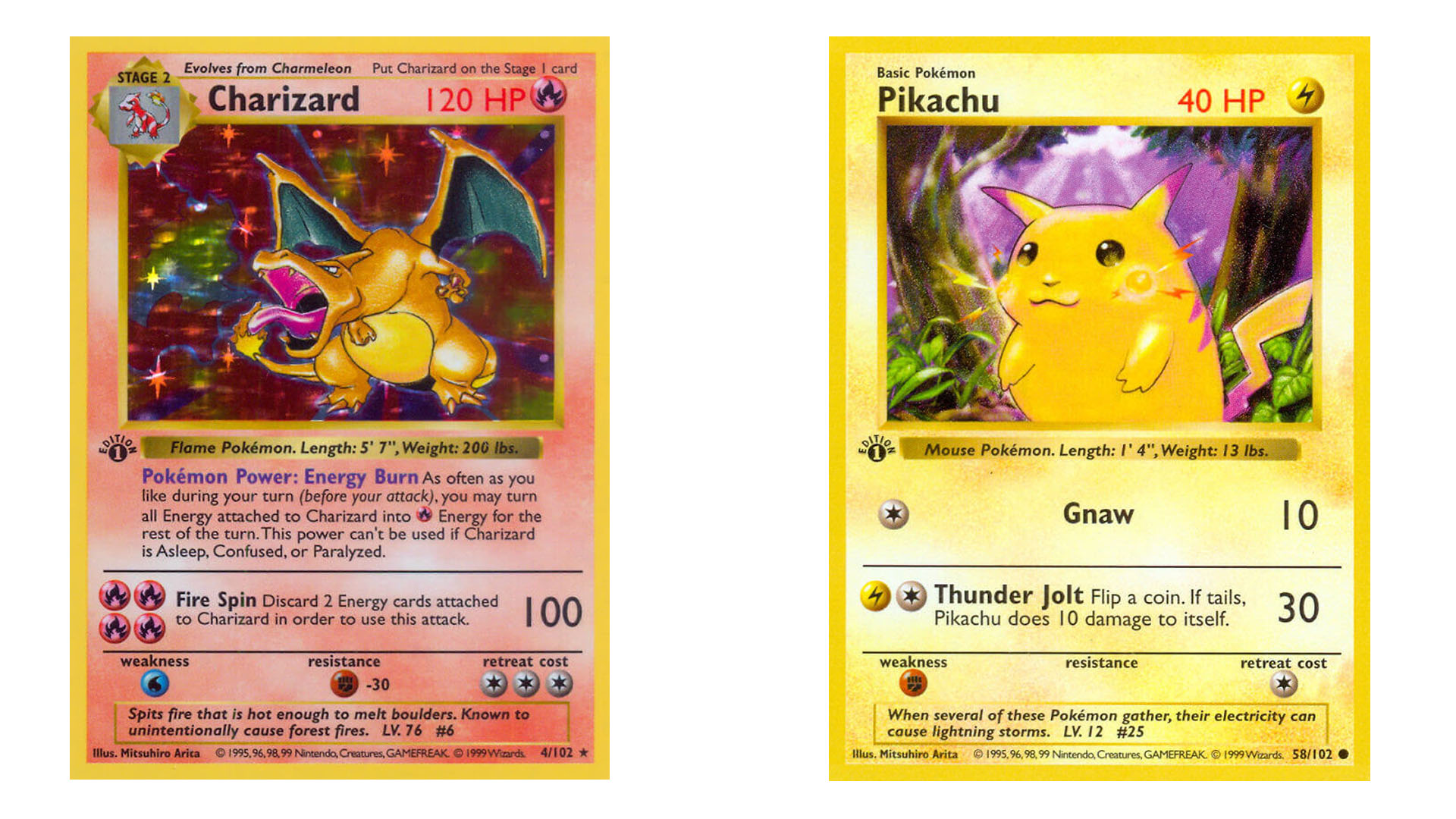 While Pokémon would go onto become a global phenomenon, Arita-san’s first impressions were not hopeful. “I remember at the time the first expansion came out, I went to the store on the very first day of release, just to see what was happening,” he recalls. “There was no one there.

“I thought I’d have to get another job,” Arita-san says laughing.

As we well know, the success did come. Not just for the video game, but also for the cartoon, and the trading card game. “All of those three became huge hits,” Arita-san says, “not just any one of those brand pillars, but all of them at the same time.”

With the popularity of the card game, the value of some of the Arita-san’s illustrations ballooned. Many of the cards he’s illustrated over the years are now worth hundreds of pounds.

“It’s not really a phenomenon that’s limited to Pokémon,” Arita-san points out when I ask if he was surprised at how valuable the cards have become. “You can see it in things such as the woodblock prints artist Hokusai. At the time that he was creating his, what we now think of his works of art, they were just kind of like everyday things to be consumed. But now, of course, we have them in museums, they’re amazingly valuable. So in the same way, it’s not that remarkable. It’s not unique to Pokémon.”

‘The Great Wave’ is Hokusai’s most recognisable work

I ask if he thinks of himself as a tradesmen, then, like Hokusai. “Rather than the feeling of it being conformist and mass production, of doing the same thing over and over again, it’s more like every time I’m creating a new Pokémon card, I think ‘Can I add a new angle on to this?’, ‘Can I try and express this pokémon in a different way in a way that can only be done with this new expansion?’,” he tells me.

Even when Arita-san returns to pokémon he has illustrated before it’s an opportunity for a new approach. “I was asked recently to draw a Charizard for an overseas promotion,” Arita-san says. “And at that time I was thinking ‘How can I bring in elements of overseas people’s idea of a dragon into this card?’. So, even though it’s the same pokémon every time, there’s room for creativity to get in there and express it in different ways, and, depending on the situation, the style of it just naturally changes.”

After 20 years and hundreds of cards, Arita-san still regularly works with The Pokémon Company to create new Pokémon cards. While he wasn’t talking about upcoming expansions, the upcoming release of Pokémon Sword and Shield means a whole new block of cards, and a whole new spread of pokémon to be illustrated. Many of which will be drawn by Arita-san, creating a point of continuity between the newest game, all the way back to the very early days of Pokémon.

What’s your favourite Pokémon card illustration? Let us know on Facebook and Twitter. And, while you’re at it, why not check out the GAMINGbible Snapchat?