There have been rumours circulating for years that a foldable phone was on its way. A few companies have already released their versions but few have the stardom branding like Samsung.

The device does look pretty cool, to be fair.

It sports a smartphone-like appearance on the front, although it looks like a very chunky mobile compared to its slim counterparts. It’ll be available to buy from April 26.

But then it opens to a glorious looking tablet that can run three apps on the screen at the same time. Not only that but it sports a whopping six cameras and holds up to 512GB of data as well as 12GB of RAM.

A statement on the Samsung website says: “Ten years after the first Galaxy. We didn’t just change the shape of the phone. We changed the shape of tomorrow.” 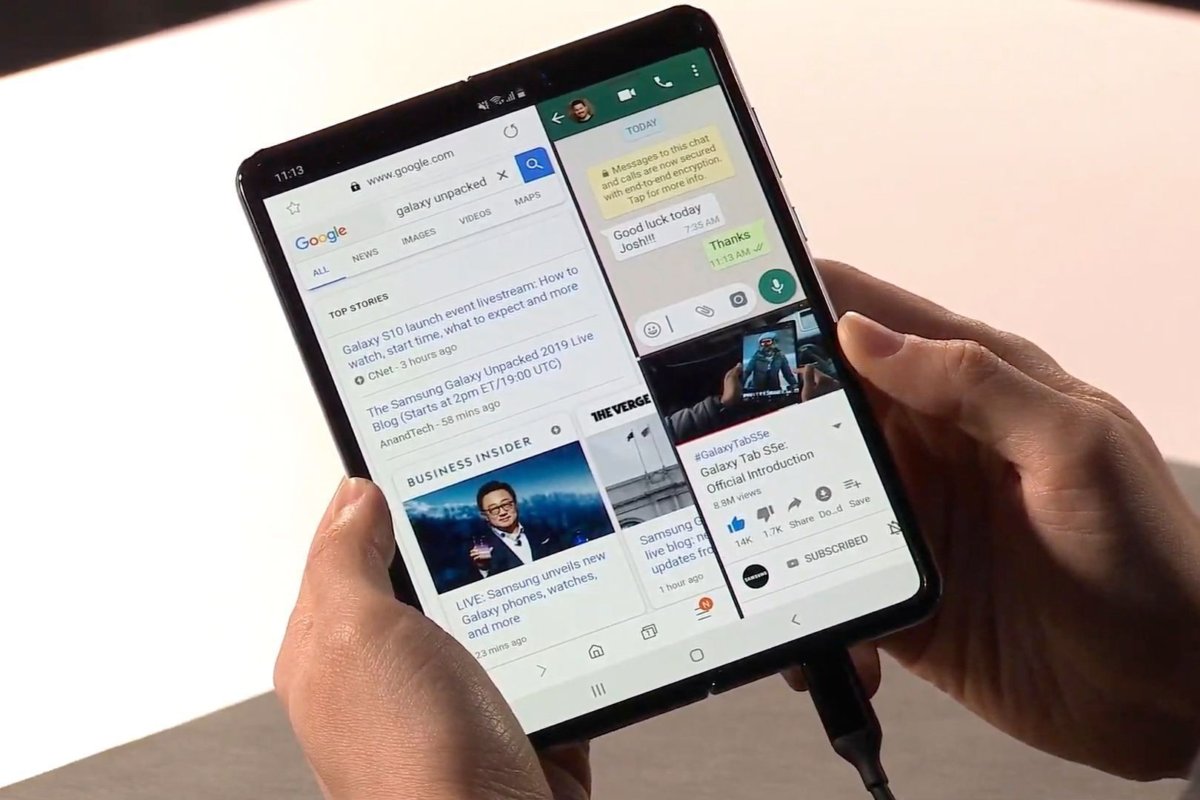 The phone comes in four colours and you’ll also be able to customise the spine of it as well.

Samsung’s head of marketing Justin Dennison told the excited room during the phone’s unveiling: “We’ve been living in a world where the size of your screen can only be as large as the device itself.

“We’ve added a new dimension to help you browse, watch and multitask like never before.

“You can watch a YouTube video about Hawaii, text your friend about it and browse travel options at the same time. It’s a one of a kind, luxury device.” 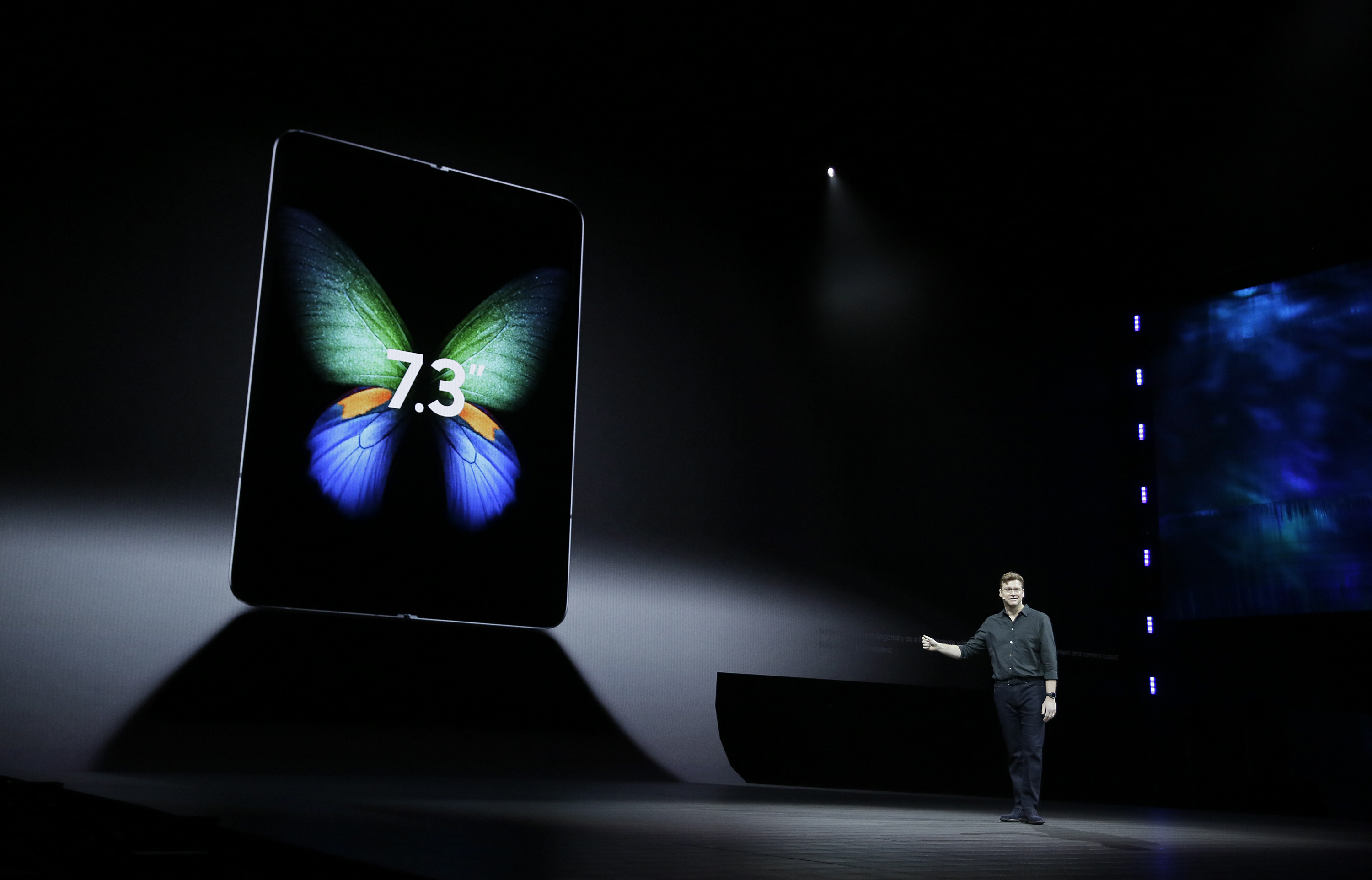 During the presentation, Samsung also unveiled the Galaxy S10 and S10 Plus, the company’s response to the iPhone’s X range announced last year.

According to news.com.au, it’ll have ‘an ultra sonic fingerprint scanner’ as well as wireless charging capabilities that allow it to charge other people’s phones. Not bad Samsung, not bad at all.

It’ll have three cameras, which is a bit of a step down considering it unveiled the Galaxy A9 last year, which had four. 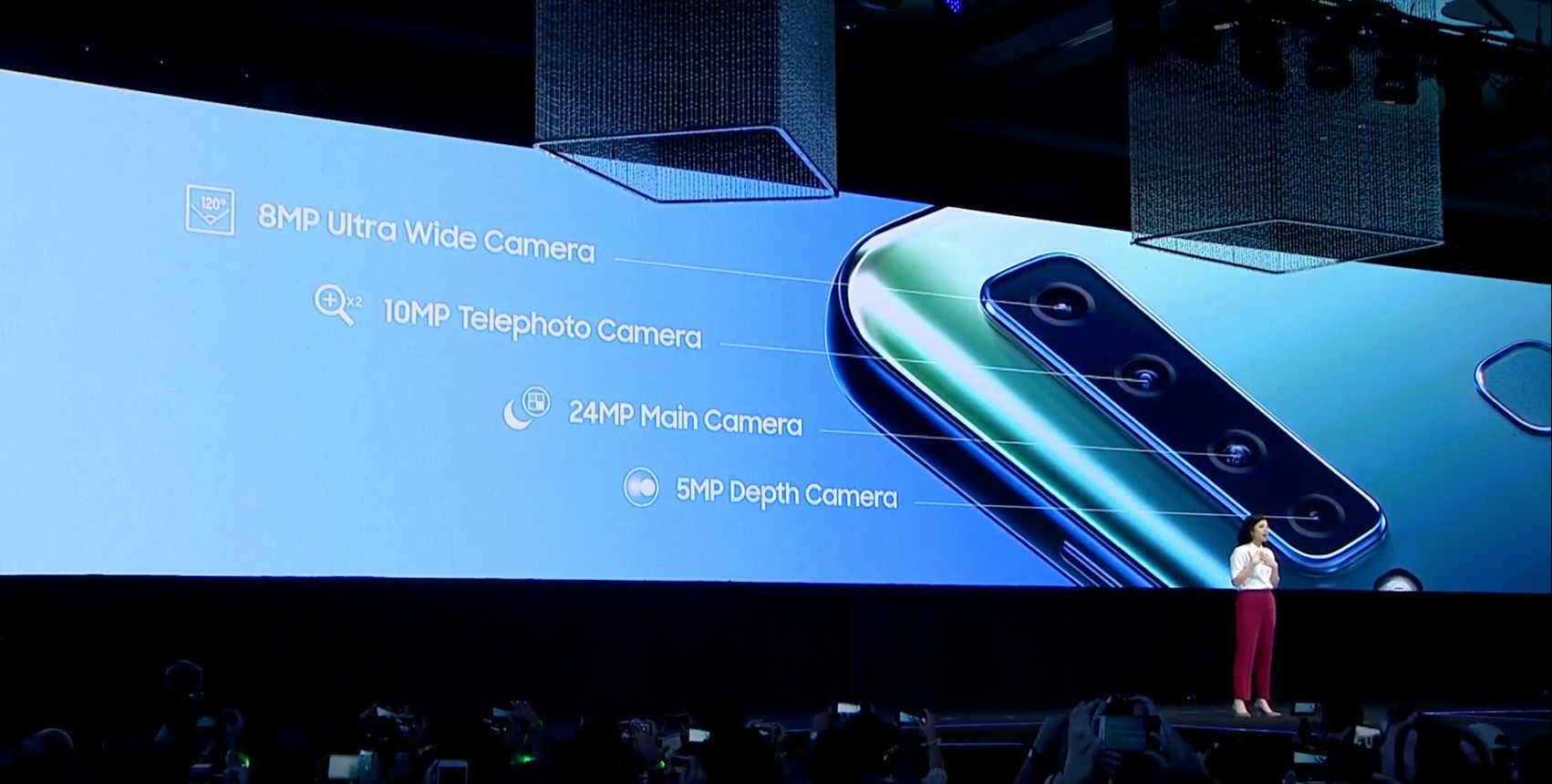 Each camera has a different use, an 8 megapixel ultrawide camera, a 10 megapixel telephoto camera, a 24 megapixel main camera and a 5 megapixel depth camera, aimed at the ‘Instagram generation’.

In their announcement the firm’s president of mobile communications, DJ Koh, said: “As a global leader in smartphone innovation, we understand the demand for meaningful innovation in a fast-paced world driven by visual communication.”

Clearly they’ve listened to the people and given them what they want.