Samuel L Jackson has revealed that he reckons there’s going to be a new Avengers team ‘of sorts’ within the Marvel Cinematic Universe.

Although technically not the last movie in Phase Three of the Marvel Cinematic Universe, this year’s Avengers: Endgame managed to neatly wrap up a bunch of loose ends, while also leaving many fans in tears. 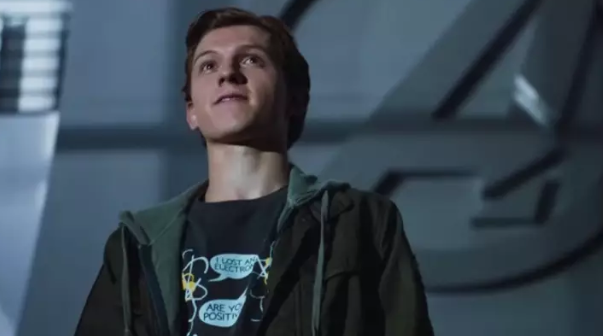 Spider-Man: Far from Home is out next week. Credit: Marvel Cinematic Universe

Since it was released, and ahead of Spider-Man: Far from Home hitting cinemas, fans of the franchise are wondering what’s next for Marvel.

Now it seems as though Nick Fury… sorry, I mean Samuel L. Jackson has some interesting news.

Speaking to Cinema Blend, he said: “I always think that there’s room for every kind of story to be told. And, at some point, they’re going to have to put together another Avengers group of some sorts to deal with whatever’s coming next.”

Sounds good to me.

When pressed about what sort of bad guys might be waiting for the new group, he added: “Nick knows something is coming, the same way he found out in Captain Marvel that there are other things out there that need to be dealt with that I didn’t know about.”

He also hinted that his new flick, the upcoming Spider-Man film, will play an important role in future plans for the franchise.

“[The movie] is moving us to another place. We really don’t know what time or space we’re in. I don’t. We do know that there is going to be something else.”

Earlier this month, MCU boss Kevin Feige reminded fans that the new Spider-Man is the finale of Phase Three.

Speaking at an event in China, he said: “You’ve seen Avengers: Endgame, but you haven’t seen it all yet.

Every hero, every moment, is back in theaters. See Marvel Studios’ #AvengersEndgame on the big screen one more time: https://t.co/i4uYNoZI3j pic.twitter.com/F6HcVk8Hsv
– Marvel Entertainment (@Marvel) June 28, 2019

While we don’t know what’s planned for Phase Four, we do know that there are eight Marvel movies planned by Disney for release between now and 2027.

Spider-Man: Far from Home hits UK cinemas on 2 July and Avengers: Endgame has been re-released on the big screen featuring extra bonus footage and a bonus post-credits scene.