Security guards aren’t always known for their easygoing, calm disposition but one man seems to have broken the mould after he stunned fans during a festival this weekend.

Revellers were watching on as grime star Stormzy tore through his set at Glasgow’s TRNSMT festival yesterday when the mystery staff member appeared in the crowd.

And while at first you could have been forgiven for thinking he was going to tell them to calm the f*** down, he did anything but.

With a bit of encouragement from the crowd, the security guard got right among the fans and showed off some serious dancing skills.

Fortunately for us, Skippy Arnott was enjoying the set with a few mates and captured the impressive moves on camera. 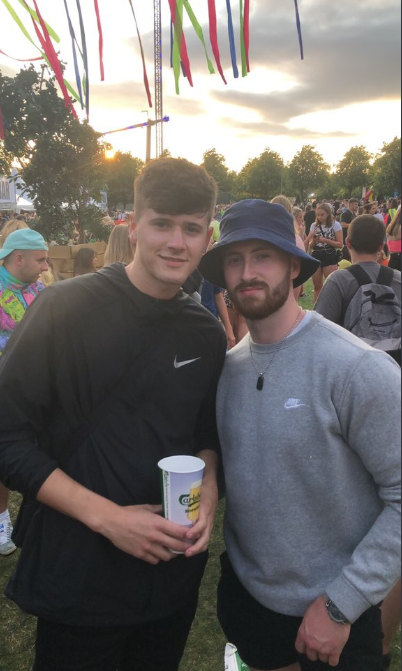 He told LADbible that it was very surreal, saying: “There was a mosh pit and some guys started dancing in it. This security guy walked in the middle and the crowd started egging him on to dance and then he busts out those moves.

“[It] was mad, we were seeing Stormzy at TRNSMT and he was playing ‘Crown’.

“I’ve never seen a security guard that cool before.”

But like a phantom, once he had stolen the show, the security guard disappeared into the crowd and was never seen again.

Twenty-year-old Skippy added: “After he finished, the crowd went crazy and started jumping about.

“The mosh pit was about to happen and he comes in the middle after the crowd started egging him on, after a few folk were doing wee dance moves in it.

“Rest of the set was 10/10. Highlight of my day was seeing Stormzy at the end – big fan of Stormzy from the beginning.“ 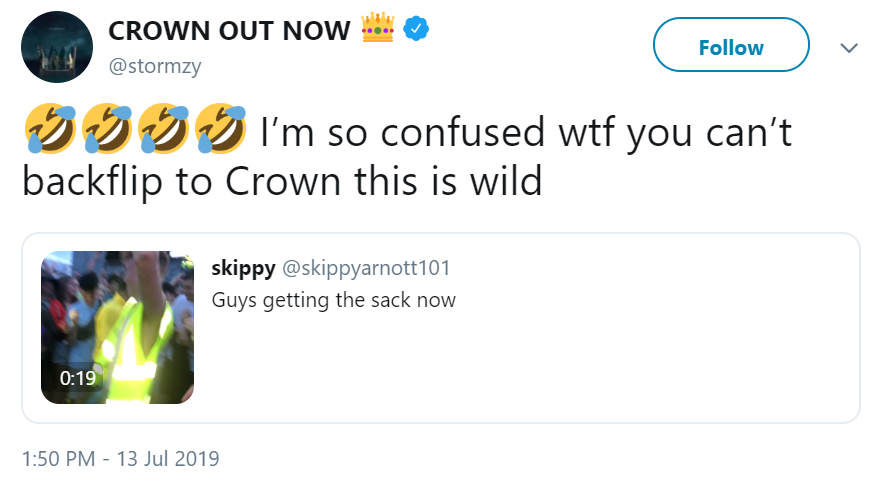 And if that wasn’t enough, Skippy’s hero Stormzy retweeted his video, with the caption: “I’m so confused wtf you can’t backflip to Crown this is wild.”

After spotting the tweet, Skippy said he couldn’t believe it. He told LADbible: “It was class. I didn’t expect it, then it popped up on my notifications that he’d retweeted it.”

Since the video was posted on social media, it’s been retweeted almost 2,000 times.