A new book on the late Nintendo president Satoru Iwata, titled simply Iwata-san, has been published in Japan. IGN has some English translations* of a few passages, and while none of them are particularly revelatory – Iwata was a very public president, whose generous reputation preceded him – they nonetheless make for some nice reading.

Foremost amongst the quotes are a handful from Shigeru Miyamoto, the designer of Mario, Donkey Kong, Zelda and many more Nintendo essentials. Of the younger Iwata’s ascent to the company presidency, he says:

“Normally, if someone younger than yourself with fewer years of experience becomes president, it might be difficult to get along with each other. But it was never like that. It had always been obvious that he was more suited to the position [than I was], so it never became a problem. I think it allowed us to naturally become true friends.”

“To me, [Iwata] was a friend more than anything,” Miyamoto continues. “It never felt like he was my boss, or that I was working under him. He never got angry, [and] we never fought about anything.”

Miyamoto reveals that the pair would lunch together, going dutch on the bill – and this became traditional for them. 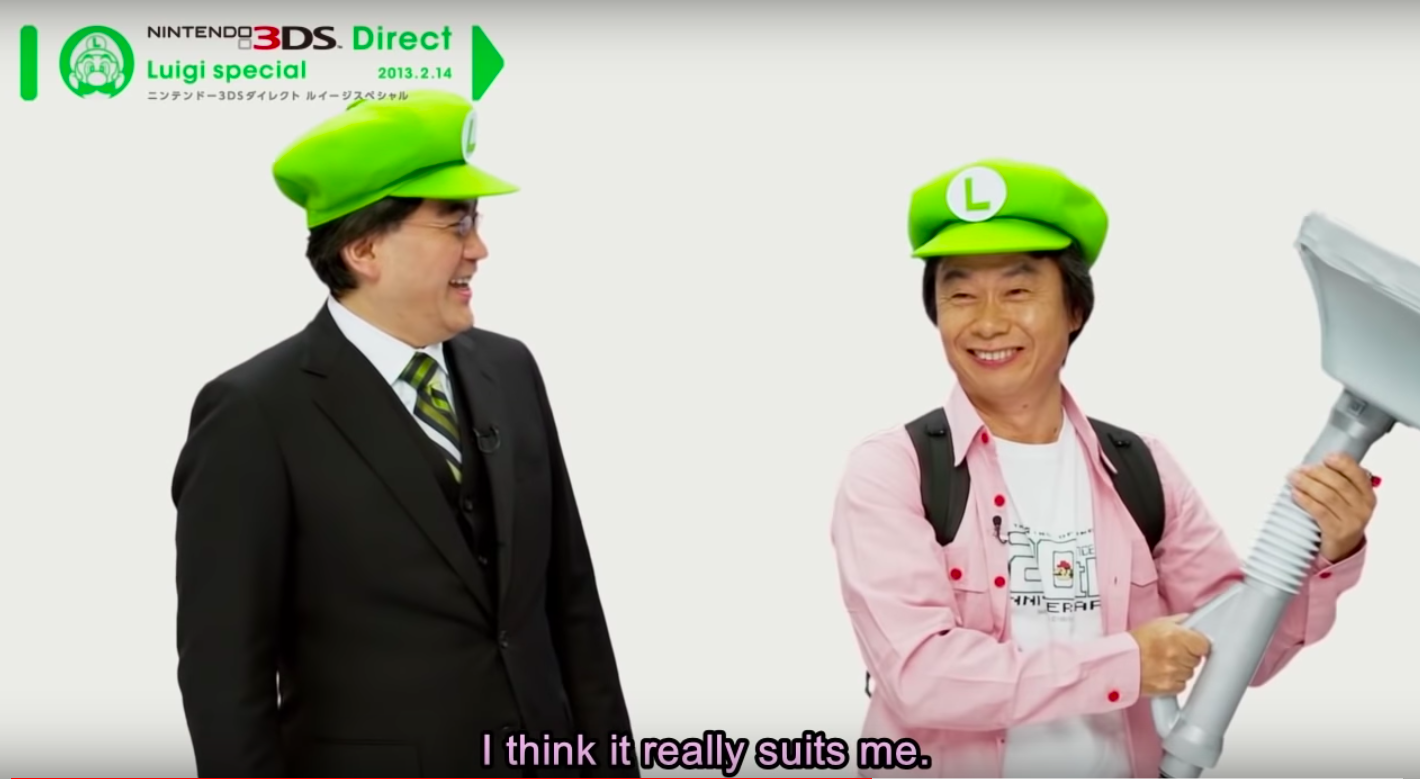 Iwata and Miyamoto on a Nintendo Direct / Credit: Nintendo, YouTube

Shigesato Itoi, creator of the Mother/Earthbound series, shares a memory or two as well, including one about Iwata’s entire approach to making games, and creating a positive working environment to do so.

“Iwata said that the vision behind his business was to make everyone happy,” says Itoi, “himself, his friends at work, and his customers. He used the English word for ‘happy’ instead of the Japanese, which charmed me. It’s funny how you remember the most insignificant things, but whenever Iwata used the word ‘happy’, he would show you the palms of both of his hands. That’s something I don’t think I’ll ever forget.”

Iwata died on 11 July 2015, of cancer. Recalling his funeral, Itoi comments: “On the day, it rained in torrents. I asked Miyamoto how much chance Iwata himself had believed he had to be cured. Miyamoto responded: ‘He totally believed that he would become better. He didn’t have the slightest intention to die.’ That answer made me realise just how close Miyamoto and Iwata were, and to what extent they understood each other.”

More excerpts from Iwata-san can be read on IGN.

(*Note that this isn’t the same project as these Iwata Asks translations.)