WARNING: CONTAINS GAME OF THRONES SPOILERS. PRETTY BIG ONES. DON’T READ ON IF YOU HAVEN’T SEEN THE FINALE YET, OKAY?

Many people didn’t know how to feel after the finale of Game of Thrones, which threw us quite the curveball when we found that NO ONE would be sitting on the Iron Throne – because Drogon set fire to it in a fit of rage after Jon killed Daenerys (savage move, by the way), melting it down to nothing.

But while we no longer have an actual big boy seat for anyone to sit on, we were given a brand new ruler of Westeros – and a surprising one, at that, in the form of wee Bran Stark. 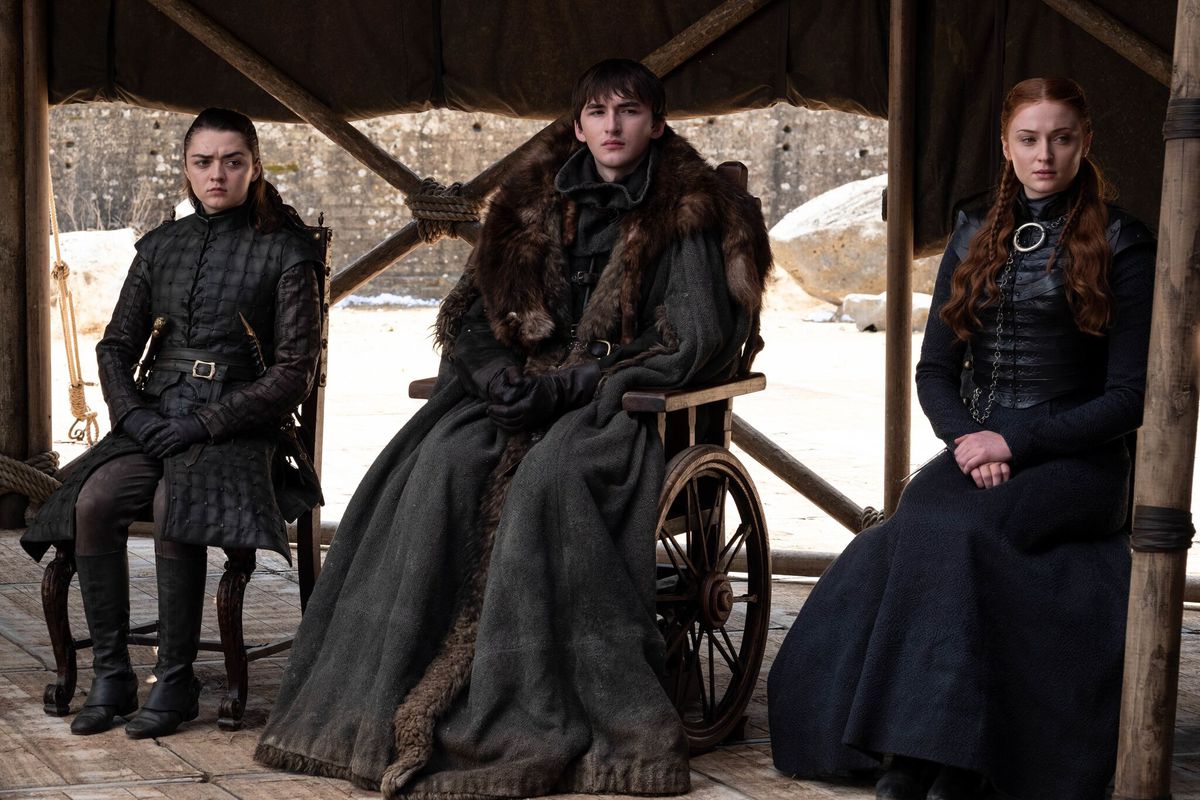 But as shocked as some people were (yeah, yeah, you saw it coming – well done) by Bran’s new status, some fans are arguing the clues were there all along.

Back in the very first episode, we saw Ned Stark behead a member of the Night’s Watch called Will.

Before doing so, he recited the oath of execution, saying, as per tradition: “In the name of Robert of the House Baratheon.

“First of His Name, King of the Andals and the First Men, Lord of the Seven Kingdoms, and Protector of the Realm, I, Eddard of the House Stark, Lord of Winterfell and Warden of the North, sentence you to die.”

Just before Ned says ‘King of the Andals and the First Men’, the camera cuts to Bran and Jon – something that some fans are saying foreshadowed Bran’s destiny.

In the #GameofThrones Pilot, the camera cuts to Bran, not Jon, when Ned Stark says ‘King of the Andals and the First Men’ pic.twitter.com/3WxaTKKJwv
– Game of Thrones Facts (@thronesfacts) May 20, 2019

Someone else commented: “Bran has always been the important character in the books. But for some reason the show ignored him. Now when they had to match the books ending with the show it isn’t making much sense. On the topic:- I did notice that though.“

A third said: “Season 3 was full of innuendos that it would be Bran, and if you read the books Bran was pretty central to it all. I wasn’t surprised at all! Loved the ending!”

Others, however, weren’t so convinced by the ‘conspiracy theory’.

One other person said: “Coincidences in the show aren’t foreshadowing or character development. Stop.“

Another person wrote: “And I guess Bran breaking his legs at the end of that episode is the foreshadowing for breaking the wheel? Come on guys, you’re grasping at straws here.“

Someone said we simply needed to stop trying to vindicate what happened, saying: “Keep trying to rationalise it. Jon is still the rightful heir.”

What do you think? Was this a case of clever foreshadowing or simply a big ol’ coincidence? Come tell us your opinion at Game of Thrones: Westeros Posting on Facebook.