* WARNING: CONTAINS SPOILERS FOR THE FINAL EPISODE OF GAME OF THRONES *

If ever proof was needed that you can’t please everyone, then the final season of Game of Thrones has provided just that.

Every fan seems to have a gripe with how it went down – and now one of the show’s stars, Sophie Turner, is being called out for spoiling the final episode.

After she stopped filming the final series last year, Turner – who plays Sansa Stark – got a tattoo of a wolf with the words ‘the pack survives’ written beneath it.

Now, those of you who are up to date and have seen the finale will know that all of the remaining Stark children do actually make it to the end, proving that the pack did indeed survive. (Yes, we know Rickon and Rob are dead).

Which begs the question – why, Sophie, why? 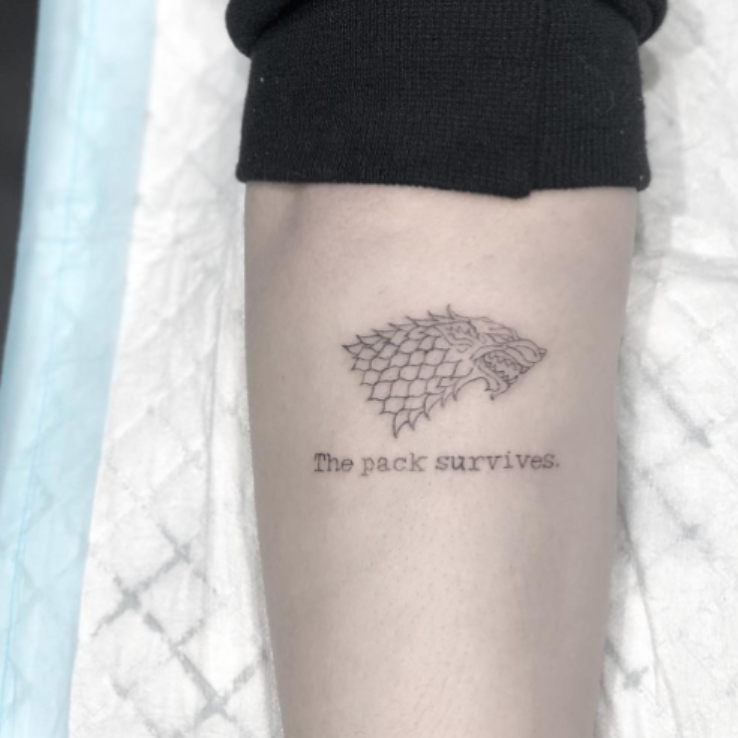 The actor had the tattoo done after finishing work on the final series last year. Credit: @LAURENWINZER

Well, speaking to James Corden at the time, she was warned about it.

Turner told the TV funnyman: “Yeah, actually, while I was getting it done, people advised me not to, because it looked like I was giving everything away. But I wasn’t. It’s just a quote from last season.

“Everyone figures that the pack really does survive, but it’s just a moral I like to live by.”

The touching quote comes from Sansa’s father, Ned Stark, who dies in the first season. He tells sister Arya: “Let me tell you something about wolves, child. When the snows fall and the white winds blow, the lone wolf dies but the pack survives.”

Sansa then repeats the quote in season seven, echoing her father’s sentiments. 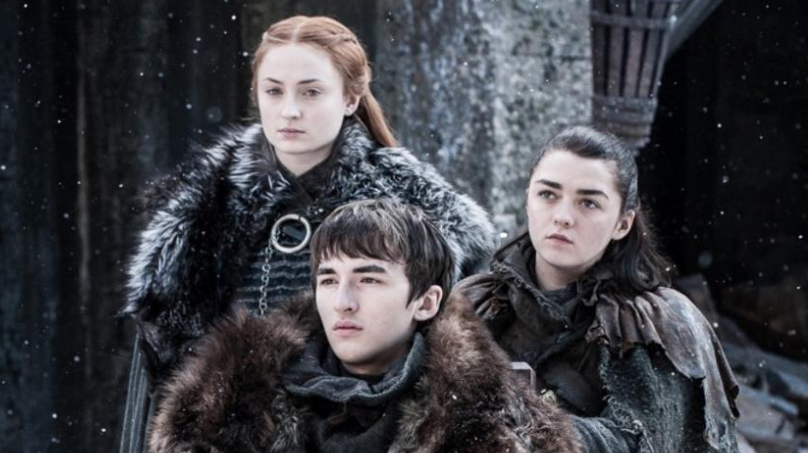 A year later and she’s being called out for it again – but despite potentially ruining the show for millions of fans a year before it aired, Turner doesn’t seem that arsed.

In an apparent response to the criticism, the 23-year-old posted a photograph of herself, Arya (Maisie Williams) and Bran (Isaac Hempstead Wright) on the set of the final episode.

The pic on Instagram came with the caption: “The pack survived.”

Turner has been pretty outspoken in her defence of the final series, labelling a petition to have it rewritten as ‘disrespectful’. 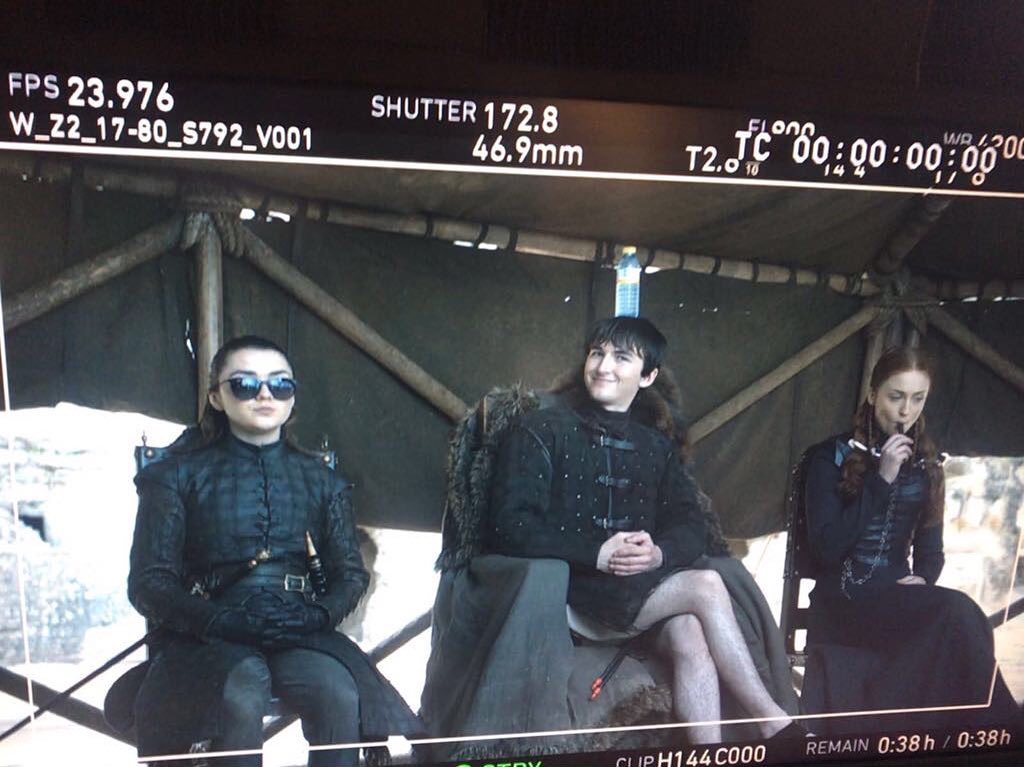 Turner posted a photograph alongside her on-screen siblings

Speaking to The New York Times, the 23-year-old said: “People always have an idea in their heads of how they want a show to finish, and so when it doesn’t go to their liking, they start to speak up about it and rebel.

“All of these petitions and things like that – I think it’s disrespectful to the crew, and the writers, and the filmmakers who have worked tirelessly over 10 years, and for 11 months shooting the last season.

“Like, 50-something night shoots. So many people worked so, so hard on it, and for people to just rubbish it because it’s not what they want to see is just disrespectful.”