By now, surely all of us are aware of the huge problem posed by plastic pollution.

Humans created the material because of its durability, and now that very same durability means the stuff is clogging up our oceans and destroying marine habitats.

As such, there is an ever-increasing focus on using sustainable and biodegradable materials – and a product design student may just have played a huge part in reducing plastic pollution by inventing a new bioplastic. 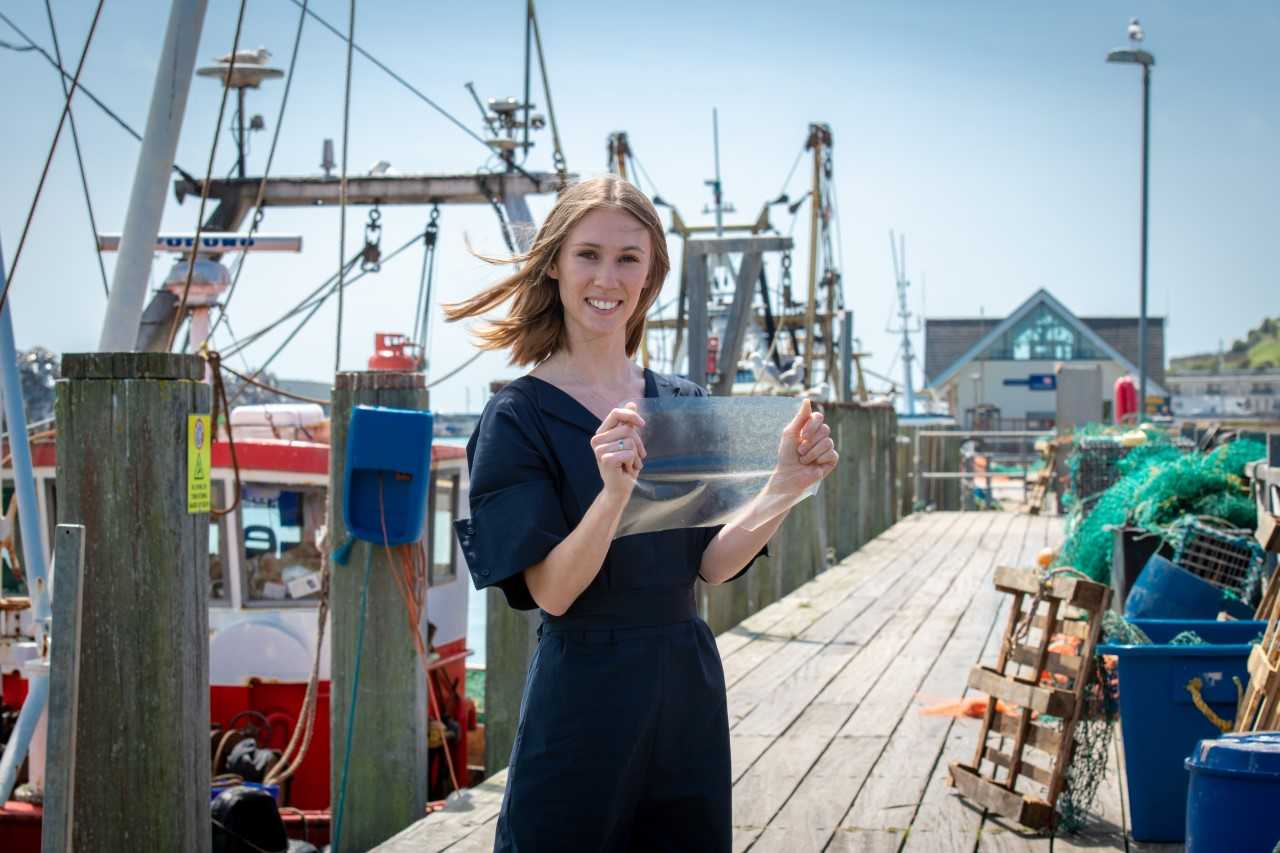 Lucy Hughes, from the University of Sussex, has created a material made using organic waste material from the sustainable fishing industry and red algae.

The 23-year-old, from Twickenham, UK, has named the material Marinatex and she hopes it could replace plastic films that litter our oceans, such as those used in sandwich and tissue boxes.

The bioplastic is stronger than a plastic bag, does not leach toxins, and is fully biodegradable and compostable – meaning it can be disposed of through ordinary waste collections.

Lucy said: “It makes no sense to me that we are using plastic, an incredibly durable material, for products that have a life-cycle of less than a day. And I’m not alone, there is a growing community of bioplastic pioneers that are working towards finding alternatives to our dependency on plastic. 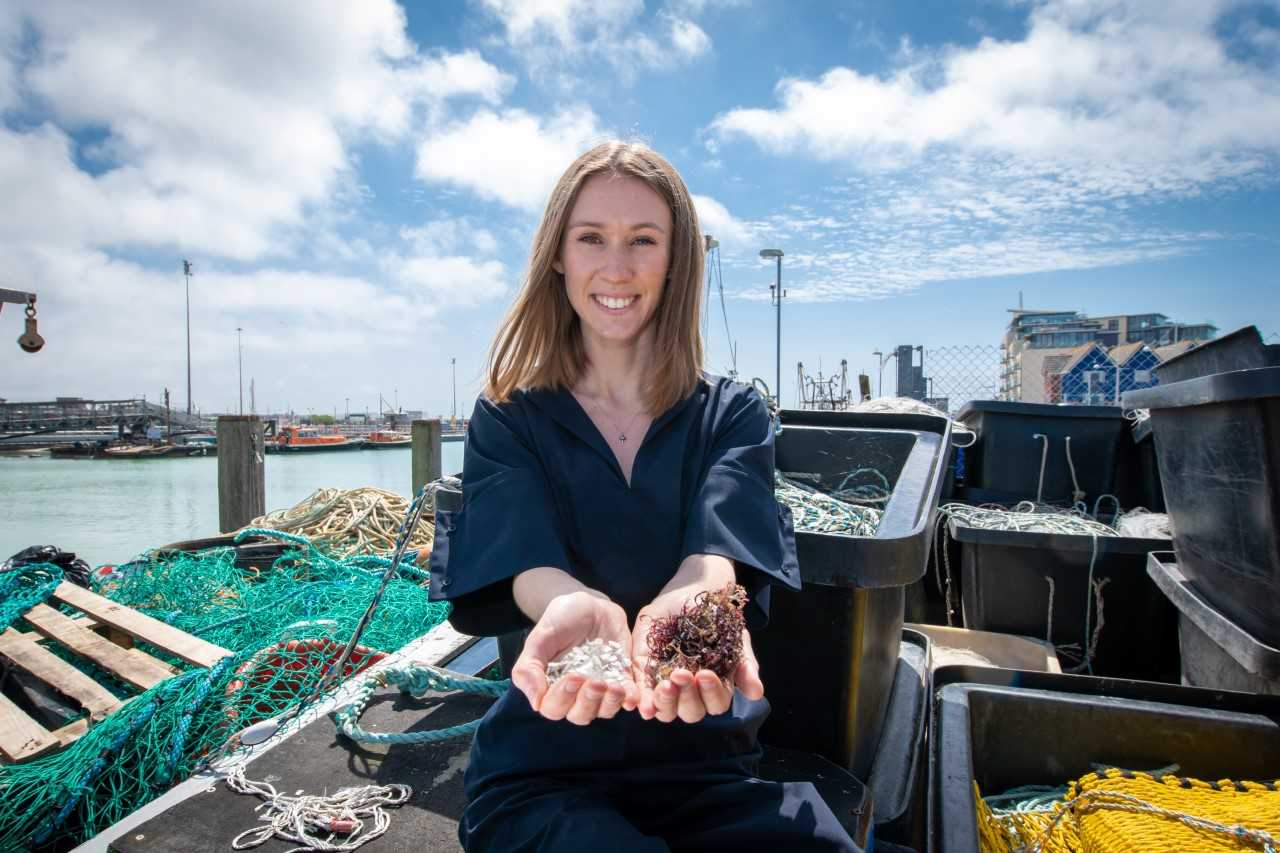 The fully biodegradable material is made using fish skin and red algae. Credit: University of Sussex

“With Marinatex, we are transforming a waste stream into the main component of a new product. By doing so, we have created a consistent, transparent and plastic-like material with a more planet friendly and product appropriate life-cycle for packaging.”

Lucy first had visions of Marinatex after visiting a sustainable fishing company, where she saw firsthand the amount of organic waste material produced by the industry.

After some trial and error, Lucy found she could use fish skin in conjunction with red algae to produce an effective and sustainable plastic.

She said: “Algae bioplastics are becoming more common, but the issue I faced during development was that the sheets I made without the fish waste seemed to revert back into a crinkled seaweed shape.

“My initial experiments involved other types of fish waste such as mussel shells and crustacean skeletons before settling on fish waste. The result was a locally sourced sea-based solution.” 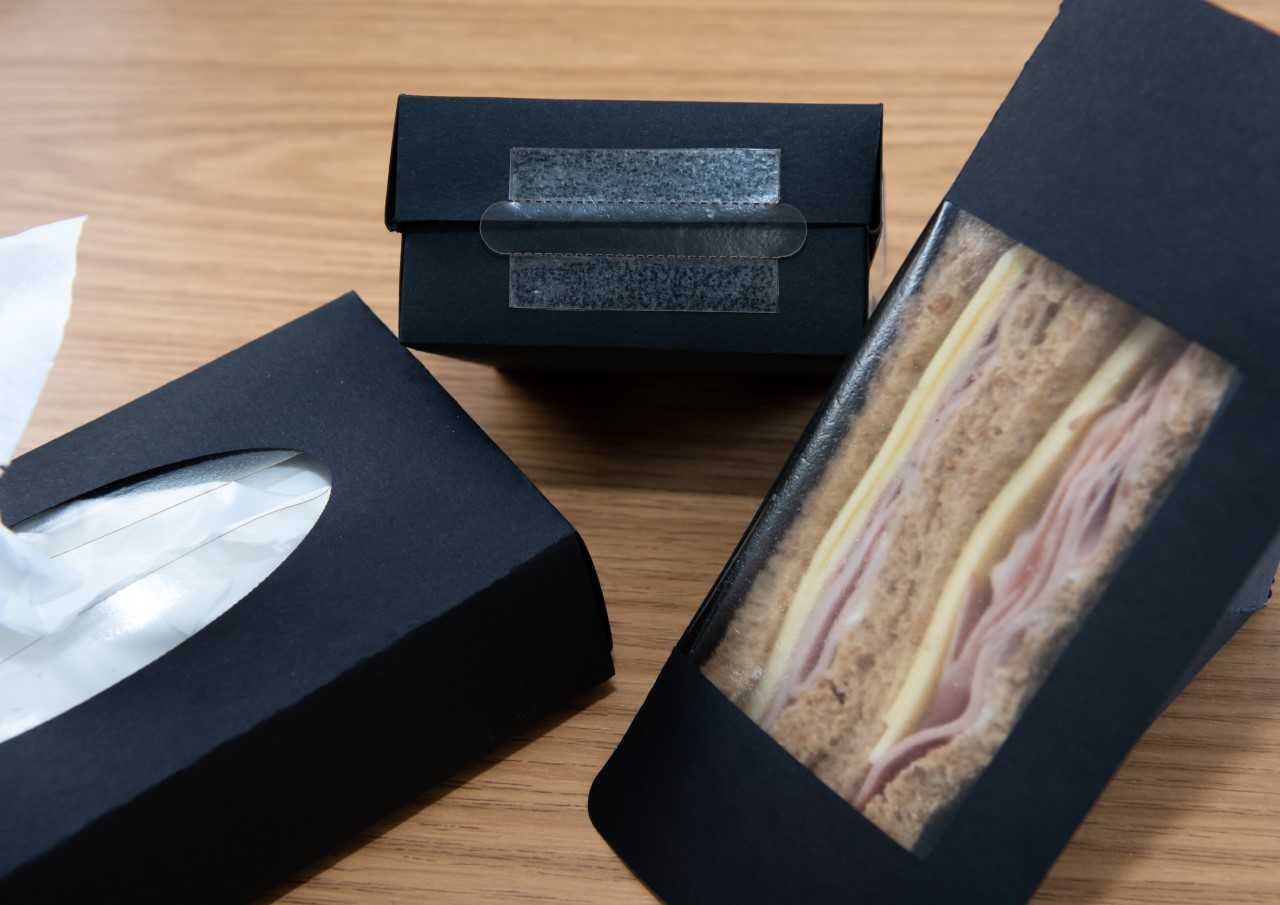 Marinatex could be used as a film for sandwich and tissue boxes. Credit: University of Sussex

Currently the project is very small scale (pun intended), but Lucy has calculated that the waste material from one Atlantic cod could yield approximately 1,400 Marinatex bags, meaning it definitely has the potential to be scaled up… Pun once again intended, but admittedly less funny when used twice in the same sentence.

Lucy is currently in the fourth year of her undergraduate degree, but hopes that with the right support, Marinatex could be on the market by the second half of 2020.

LADbible has claimed the world’s first country made entirely of trash to highlight the issue of plastic pollution in our oceans.

Get involved and ensure the world’s first country made of trash is its last. Find out more here

Become a citizen of the Trash Isles here