A teenager could be set to win a multi-million prize as he competes to become the Fortnite world champion.

Benjy Fish, 15, is battling against 10 other gamers to win up to £2.4 million as supreme champion, and has been training up to 12 hours a day ahead of the finals in Flushing Meadows, New York.

Mind you, even if he doesn’t take the top spot, he still won’t walk away empty handed – far from it, as all finalists will be awarded £40,000, while the gamer who takes second place will land a prize exceeding £1m.

Benjy, who lives in Sunbury, Surrey, has one thing in mind should he win big, following the death of his father from cancer when he was younger.

He told The Mirror: “I would like to buy a house for my family. We have always been renting since my dad passed away when I was eight months old so it would be nice to be able to help out.” 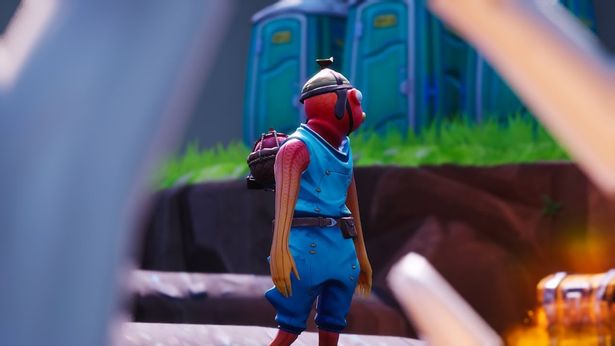 The teen, who uses the name ‘Benjyfishy‘ on the game, has more than 600,000 social media followers, and has become renowned for his Fortnite tekkers throughout the gaming community.

However, he admits this one might be a particular challenge, adding: “It will be a bit different because I’ve never been on a huge stage like that before.

“I’ve been training so much. For the last two weeks I’ve put in at least 12 hours every day.”

While most parents are urging their kids to step away from the screentime, thankfully Benjy’s mum, Anne, is supportive of her son’s pastime – which is no wonder, given how much cash he can rake in.

Anne told the newspaper: “Benjy won an online tournament which had an £8,000 prize fund. That was my first inkling he was actually good.”

Benjy is in the running to win £2.4m. Credit: Getty

In fact, it was his mum who suggested Benjy should quit school to be home-tutored instead, giving him more flexibility for gaming.

In a previous interview with The Mirror, he said: “When my mum suggested I quit school earlier this year to play computer games full-time, I couldn’t believe my ears. I’d always dreamed of being an eSports professional since I was about 13 years old.

“My mum didn’t think I was all that good at it at first until I woke her up in the middle of the night to say I’d won £10,000 in an online competition against the top players in Europe.”