The Best TV Series You’ll Want to Binge This Winter 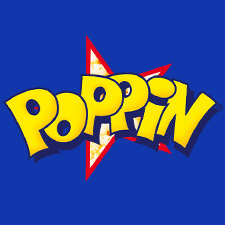 When you’ve smashed through hits like Game Of Thrones, Killing Eve and Chernobyl, the real question on your mind is: “What am I going to watch next?”

Luckily for us Aussies as we hibernate during the winter, streaming services like Netflix and Stan is where it’s at for binge-worthy TV. With amazing content coming our way, we honestly can’t blame you if you want to park yourself on the couch for the next month or two.

We’ve taken out the guess-work in your next TV-viewing so cancel all your social plans; grab your remotes and popcorn because here are our top picks of binge-worthy TV shows coming to Australia this winter.

It’s summer in Hawkins and our favourite gang are back with season three panning out to be the perfect blend of nightmarish monsters and ’80s fashion.

The kids are all ‘grown up’ and when the town’s threatened by enemies old and new, the group are reminded that evil never ends. The eight-episode series will see them tackle whatever comes their way together, all while facing those awkward teenage years we can all relate to.

It’s sad to say but Orange Is The New Black season seven will be its final season.

We’ll see Piper struggle with life on the outside, while life in Max, as corrupt and unjust as ever, goes on without her. Friendships hang in the balance and inmates are confronted with hard truths while coming to terms with the reality of their place in the world.

Don’t worry folks, you’ve got a bit of time up your sleeve to catch up on all six seasons.

Orange Is The New Black premieres on Netflix on July 26.

The Boys, Season One

If you’re a fan of comic book genre, The Boys is an anti-superhero series based on the New York Times best-selling comic by Garth Ennis.

The new series is an evolution of the superhero genre, depicting a world where superheroes embrace the darker side of celebrity and fame and ignore their traditional responsibility of protecting the public. The main characters are a group of vigilantes who set out to take down the corrupt superheroes with attitude and a willingness to fight dirty.

The Boys premieres on Amazon Prime on July 26.

Cult classic Veronica Mars returns for its fourth season with Kristen Bell reprising her alter ego role. It’s been nearly 15 years since we were first introduced to the sassy high school private investigator and according to Bell via Twitter, season four will be ‘darker, bigger and more cinematic.’

The premise of the fourth season takes place five years after the Veronica Mars film (2014) and is centred around a serial killer in Neptune murdering spring breakers. If you’ve never watched the cult series, the first three seasons are available on Stan for your binging pleasure.

We have been waiting months for Power to return but season six will sadly be its last.

The show’s creator, Courtney Kemp said: “We will follow some of your beloved Power characters beyond the scope of the initial series.”

After last season’s cliffhanger, Ghost and Tommy’s relationship is heavily strained as Ghost seeks revenge for the ultimate betrayal. As we see the Feds grow closer to convicting him, Ghost will attempt to achieve a legitimate lifestyle with no criminal associations.