The teenager who mowed the massive penis into a field ahead of Donald Trump’s visit to the UK has said he had to take time out of his A-Level revision to complete it.

Ollie Nancarrow spent his weekend creating his masterpiece, just in time for the President’s plane to land at Stansted Airport, Essex.

The 18-year-old then used a drone to get a snap of it, and since then the enormous cock and balls have been doing the rounds, with everyone talking about the young man’s daring protest.

But it’s not been easy for the A-Level student, with every man and his dog sharing the now-famous photograph, Ollie had to turn off his phone just so he could concentrate on his studies. 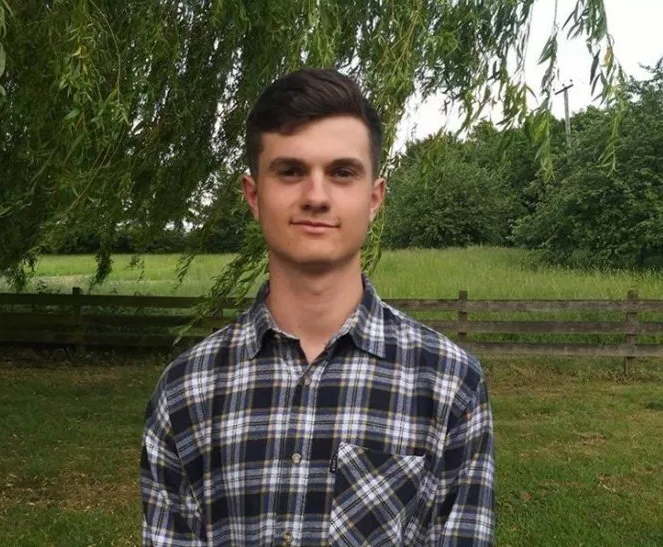 Ollie spent the weekend carving the penis into a field. Credit: Ollie Nancarrow

Speaking to the Metro, he said despite all the furore surrounding his creation, he managed to get some revision done and that ‘under the circumstances’, the exam ‘went fine’.

But it wasn’t his exam preparation that Ollie’s teachers wanted to talk about when they saw him.

“All my teachers have been shaking my hand and congratulating me,” he said.

“My phone’s been off as I’ve had this exam but all my friends have been showing me the news articles.” 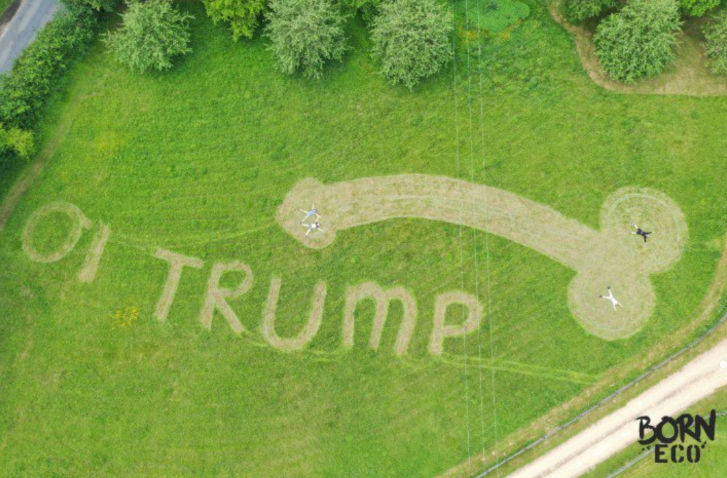 The penis everyone is talking about. Credit: Twitter/Born Eco

But despite all his newfound attention, the teen says he doesn’t think it will affect his grades, but he doesn’t care even if it does.

He added: “No, and if it does, I’m not too bothered. This was more important.”

But there was a much deeper meaning to Ollie’s artwork than just a hefty phallus. He also mowed a giant polar bear into the grass with the words ‘climate change is real’ alongside it.

This was aimed at Trump, who recently accused climate change experts of having a ‘political agenda’ and famously pulled the US out of the Paris climate accord two years ago.

His cock and balls had a much deeper message. Credit: Twitter/Born Eco

He said: “I’ve been interested in climate change for quite a while and this was the perfect opportunity. Hopefully, he flew over it, but if not, he’s definitely seen it on social media by now.

“This is not anti-Trump, this is saying, look you need to start realising that climate change is a real thing and if we don’t do anything about it then we’re all a bit screwed.”But even with all that, he says it didn’t take him long to finish.

He added: “It didn’t take as long you’d think. It was all done freehand with no planning. I just went for it.