But is a summer really worth living, if you spend each waking day sober, celibate and inside?

What better way to stick two fingers up at hay fever than by buying a ticket to a festival and volunteering to spend an entire weekend living and sleeping in a field while the pollen count couldn’t be higher? 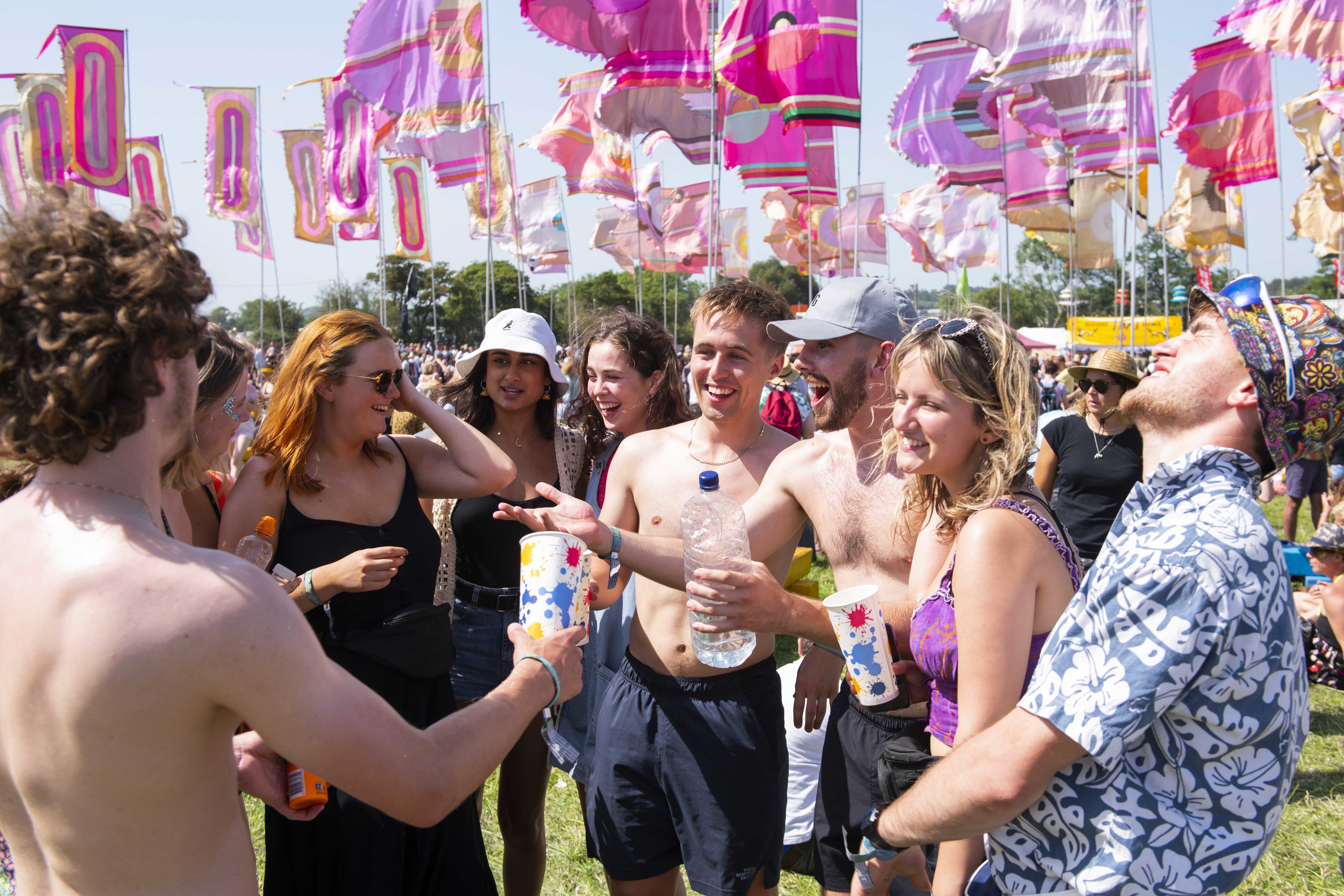 Going to a festival during hay fever season is a maverick’s game. Credit: PA

But however courageous and noble this may be, you’re going to want to take as many measures as you can to make your martyrdom less excruciating.

Shamir Patel, leading pharmacist and founder of the online pharmaceutical site, Chemist 4 U, conceded that rocking up at a festival at the moment as a hay fever sufferer was the behaviour of a maverick/moron, but nevertheless, he offered some pointers to help you get through it.

Speaking to LADbible, he said: “Spending a long time in a field as a hay fever sufferer in the summer months is a recipe for disaster, especially if you haven’t pre-packed all the usual medicines such as antihistamines and nasal sprays.

“However, there are a couple of things you can do to, at least, make your time a little better when it comes to being allergic to pollen.

Hay fever sufferers will need to protect themselves from more than just the sunshine and horrific hangovers. Credit: PA

“The first is to make sure you are washing as often as possible, and by that I don’t mean full body washes, as we all know they are too far in between at festivals. However, washing your face is a great way to start as pollen easily attached itself to your skin. Even if it is a splash of water here or there, it can only help.

“On that note, you may have also packed baby wipes which can be really useful for removing pollen. There are even hay fever wipes now that do a great job of doing just that.”

So while being covered in mud, sweat and piss may be part of the charm of a festival for some, it mustn’t be for hay fever sufferers; the same goes for wearing the same knickers four days straight.

Mr Patel said: “A change of clothes is another great way of reducing the pollen around you – but make sure to seal your pollen filled clothes away in a sealed bag once you’re done with them to stop the pollen lingering around in your tent over night.” 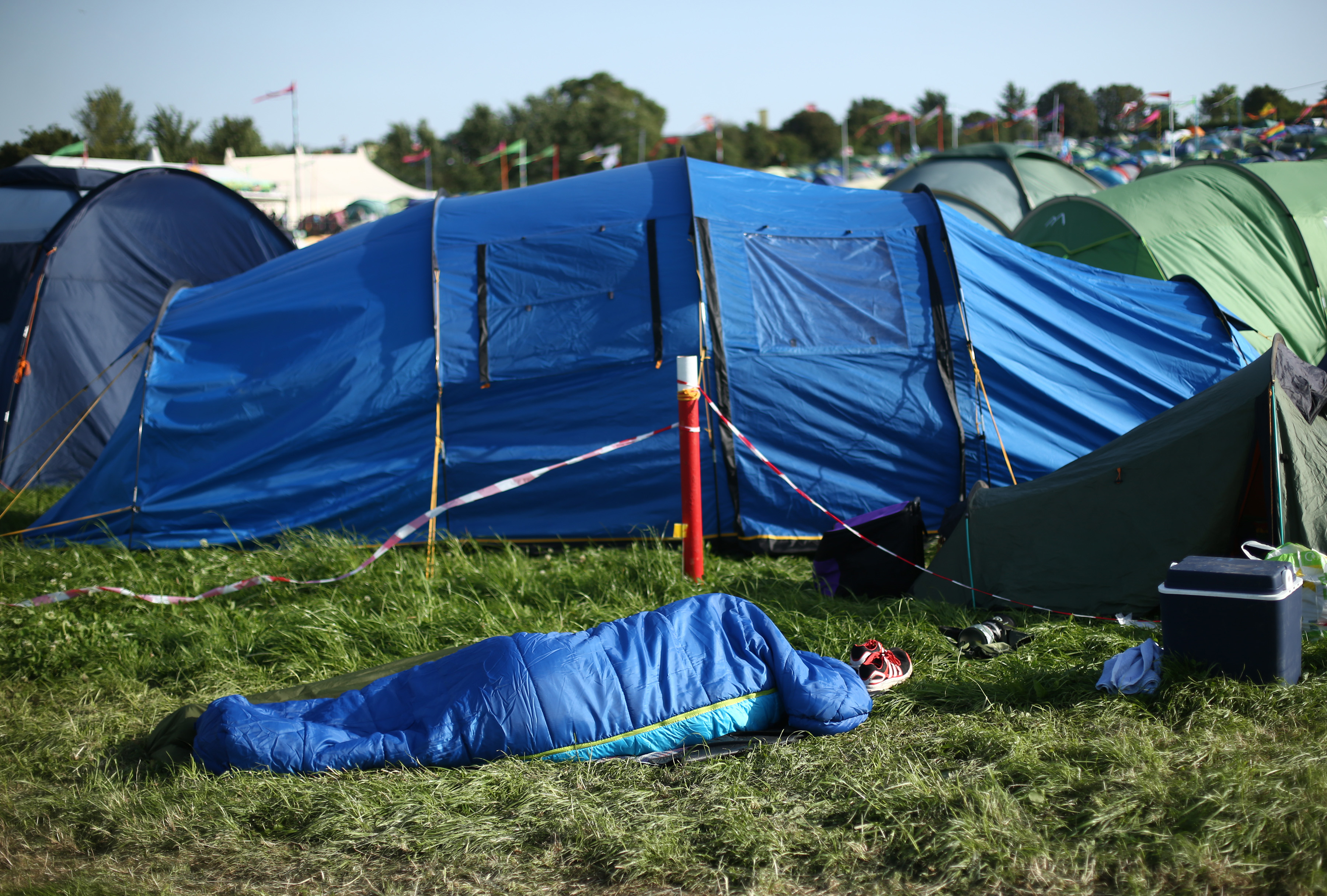 This definitely is not an option if you have hay fever. Credit: PA

By the same token, make sure to leave your tent zipped shut whenever you can, in order to keep the pollen out. Obviously, if it is really hot, this will turn your tent into an oven, which basically leaves you with the same dilemma you face at home when deciding whether or not to open the window at night: you can either wake up with swollen crusty eyes and a scabby nose, or barely sleep at all in a pool of your own sweat.

During the day though, it could be worth exploiting the fact that there aren’t really the usual cultural norms when it comes to dress code.

You thinking what I’m thinking? That’s right, goggles. All the time. 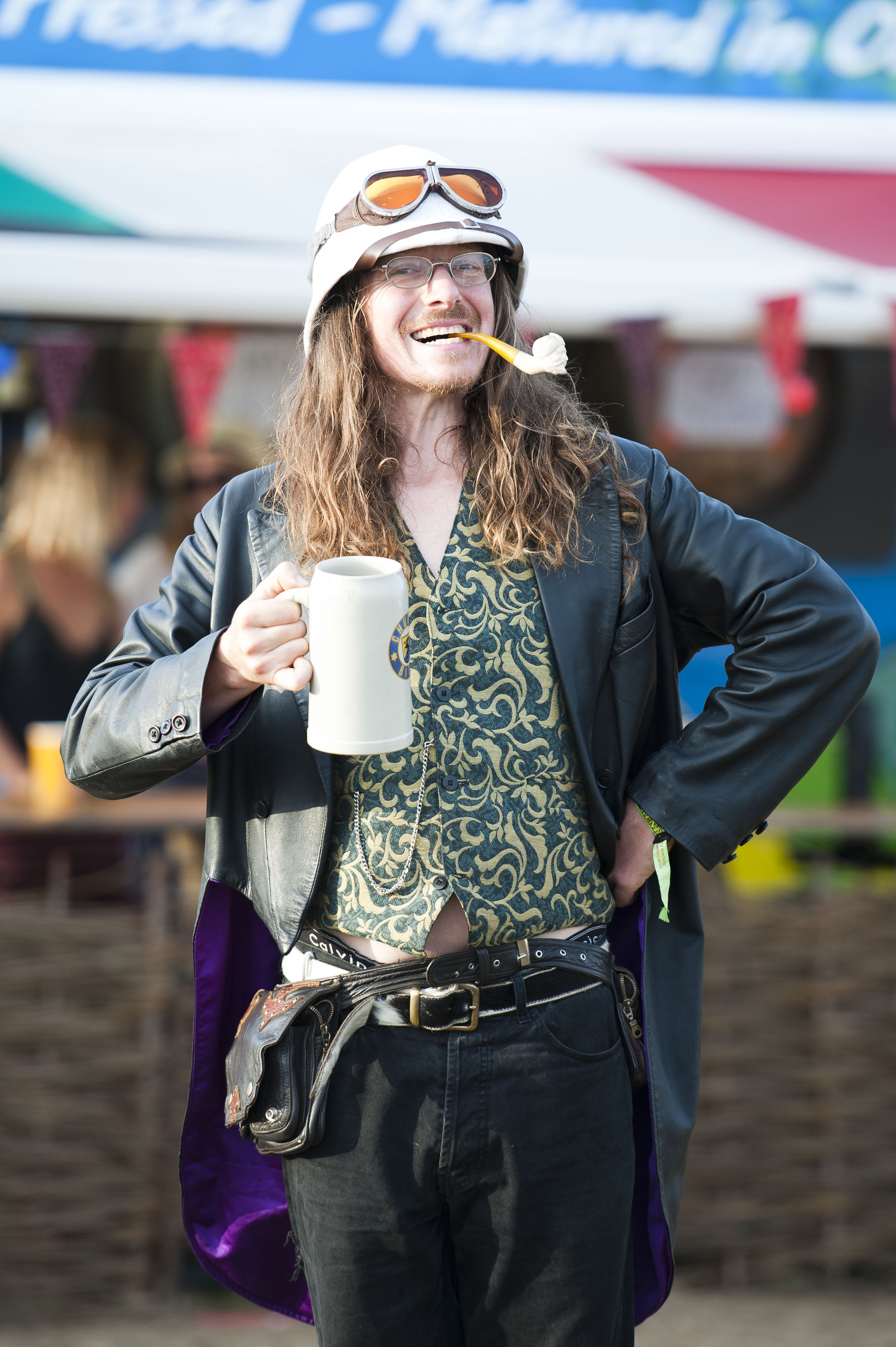 This guy might be on to a winner… though obviously you’ll need to wear them over your eyes. Credit: PA

You’re probably aware that sunglasses can help to prevent you from getting irritable eyes by keeping the pollen out, so why not go the whole hog with fully impenetrable goggles?

Could be a strong look.

Whatever steps you take, good luck my hay fever hombres.

… And to those of you who are smug about not having hay fever and think it’s pathetic, just remember, you can develop the allergy in later life – and I for one hope you do.