A US Navy pilot says new footage released shows the moment he and his colleagues came face to face with UFOs.

The clip is from a 2015 training mission off the coast of Jacksonville, Florida, that until recently was classified.

In the video one person can be heard exclaiming: “There’s a whole fleet of them,” before adding: “Look at that thing, it’s rotating.”

Matthew Spanopoulos was one of the pilots who witnessed the mysterious flying objects and says it’s something he will never forget.

“I remember the fear that you always think about in your dreams, where it just paralysed you. That’s kind of what I felt mixed with excitement, because when you see something like that, there’s definitely mixed emotions running through you. For a second, it’s kind of like, ‘Whoa, am I really seeing this?'” 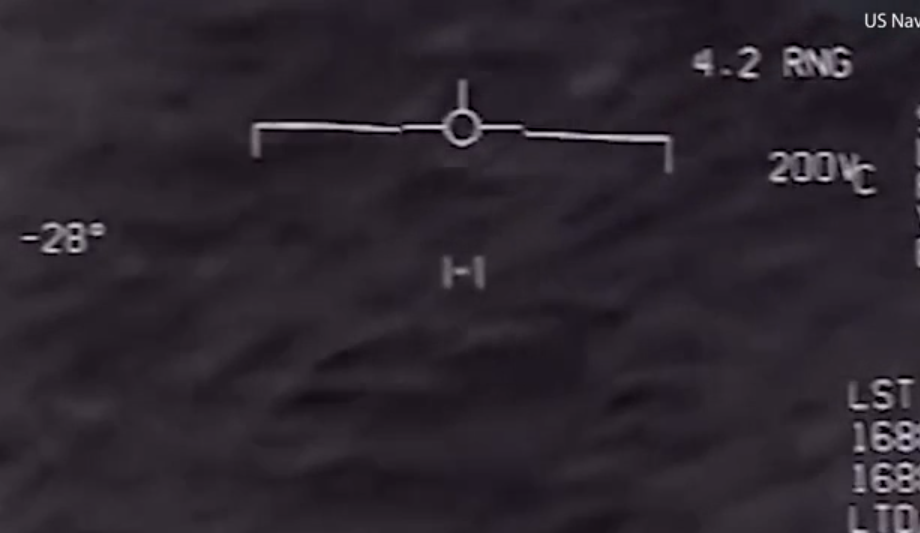 Neither he nor his friends told anyone about what they saw, but kept a video and some pictures to prove they weren’t lying.

Spanopoulos explained: “I’m thinking I don’t want to be that guy being looked at as seeing the UFO. I didn’t get abducted, nothing probed, I just wanted to put out there what I saw because I saw it with my own two eyes, and I’m a very sane person.

“I’m expecting that a lot of us now are going to stand firm and say what we saw.”

Discussing the validity of the video, News4Jax aviation expert Ed Booth admitted it was a strange sighting.

He said: “What this object is that shows up in this video remains to be seen. It’s very interesting. It’s certainly moving in ways atmospheric aircrafts are not capable of moving.”

This comes a week after three US senators were reportedly briefed by the Pentagon over recent UFO encounters.

One of them was Democratic senator Mark Warner, who is the vice chairman of the Senate Intelligence Committee, and confirmed the briefing to Politico.

A spokesperson for the senator said: “If naval pilots are running into unexplained interference in the air, that’s a safety concern Senator Warner believes we need to get to the bottom of.”

US President Donald Trump, however, wasn’t too swayed by claims of UFOs.

Speaking to ABC News’ George Stephanopoulos, he said: “I think it’s probably – I want them to think whatever they think. They do say, and I’ve seen, and I’ve read, and I’ve heard. And I did have one very brief meeting on it. But people are saying they’re seeing UFOs. Do I believe it? Not particularly.”