Victoria Bitter is one of the most Aussie beers you can throw down your gullet and bloody oath does it taste good.

It’s always been marketed as the beer that will quench your ‘hard earned thirst’, but the brand is looking to diversify just a tiny bit and will be hoping to quench your thirst in a different way with its new product.

Yeah – essentially the complete opposite of a nice, cold, frothy beer; VB has made a beer-flavoured tea just in time for the Ashes. It’s hoped that die-hard Aussie supporters will boycott English Breakfast during the annual cricket tests and opt for some VB tea – just to stick it to them Pommies.

According to a statement from VB, the tea has been made with ‘the brand’s iconic Super Pride Hops
and premium black tea leaves’.

The first test between Australia and England kicks off in August, which could still be cold enough to warrant a nice, warm brew. However the final test is mid-September, meaning many will be hoping to down some good ole fashion beer to hopefully celebrate victory.

Because the Ashes are in England this year, it seems like the tea is for those who will be watching the cricket in their pyjamas at home during the early hours of the morning.

Victoria Bitter Marketing Director, Chris Maxwell, said: “We know how much
Australians love cricket, and the long hours and sleepless nights they put themselves
through whenever there’s a series in the UK. 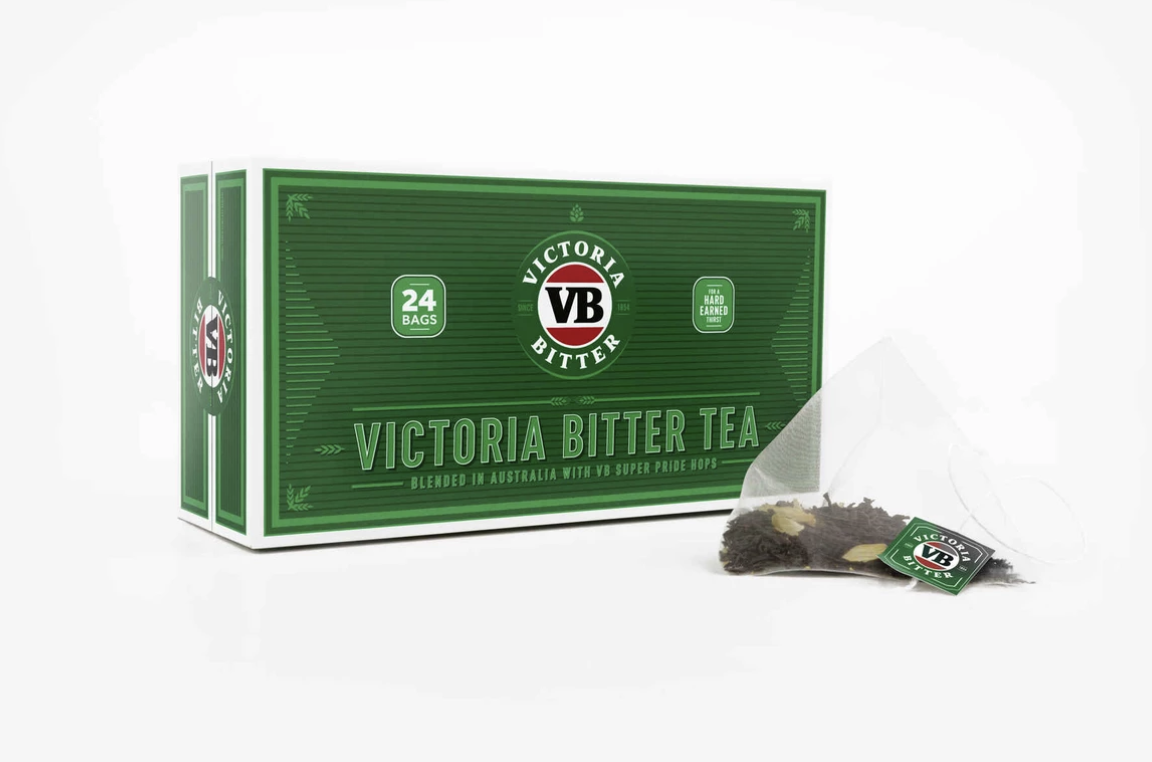 “So, we wanted to reward their hard work in supporting Australia by creating the perfect
alternative to English Breakfast to sip on, as we go to battle with the Poms in what’s
sure to be a hard-fought series. After all, there’s no time to snooze – especially if the
Poms are losing.”

It’s worth noting that these tea leaves have zero alcohol, so you won’t be able to get pissed off them while watching the cricket, rugby, soccer or whatever you fancy.

You can buy a packet of 24 bags (nice, because it resembles a crate of normal VB cans or stubbies) for just a tenner, which is bloody decent.

It’s also vegan and gluten free so essentially no one has an excuse not to have them. They’ll only be around for a limited time so if you’re keen on snagging some packets, you better get in quick or else.