A woman from West Sussex managed to capture footage of a seagull appearing to eye up her kitten in the back garden.

In these bizarre times, Britain is in the grips of not only a heatwave, but a wave of seagull-related paranoia after one of the gigantic seaside chip-thieves apparently carried off a chihuahua dog from a back garden in Devon.

Now, what June Roberts thought was simply a funny video has taken something of a dark turn given recent events.

The 29-year-old filmed her young kitten Ginge getting eyed up by a seagull out the back of her house in Shoreham-by-Sea, West Sussex.

Ginge was only outside for the second time, and was noticeably intrigued – and probably quite scared – by the presence of the larger bird. 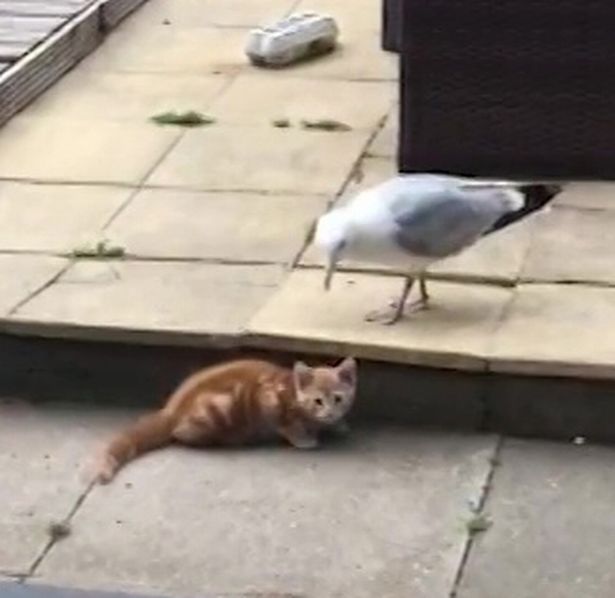 At one point during the video, it looks as if the seagull is about to make a swoop for the then 10-week-old cat and drag it off, as another gull reportedly did to Gizmo the chihuahua the other day.

June said that she was ‘mortified’ to hear about the predicament of the dog. She told Mirror Online: “I was really naive, I thought the bird was just interested in my cat. I messaged a few of my friends and said Ginge had a new mate.

“It came back for three or four days in a row. I didn’t really think anything of it until it starting pecking at him.”

June only moved to the seaside town recently, but she’s spotted that the seagulls in the area have an evil glint in their glassy eyes.

She continued: “The seagulls here are massive.

“I was only having a conversation the other day about how big they are.

“I would definitely say people need to keep an eye on their animals.” 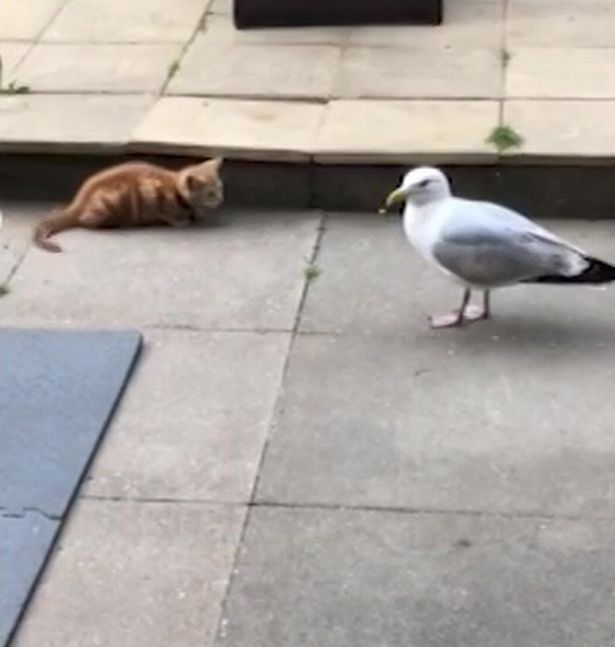 The seagull prowled around the tiny cat. Credit: Trinity Mirror

Luckily for Ginge, he’s a bit bigger now and can be outside without fear of being carried off. However, it seems as if Gizmo the dog might have been less fortunate.

June added: “I didn’t know that could happen.

“The thought of a bird swooping in and picking it up is shocking, I was so naive a month ago.

“It must be awful, I hope the dog is found safe and well.” 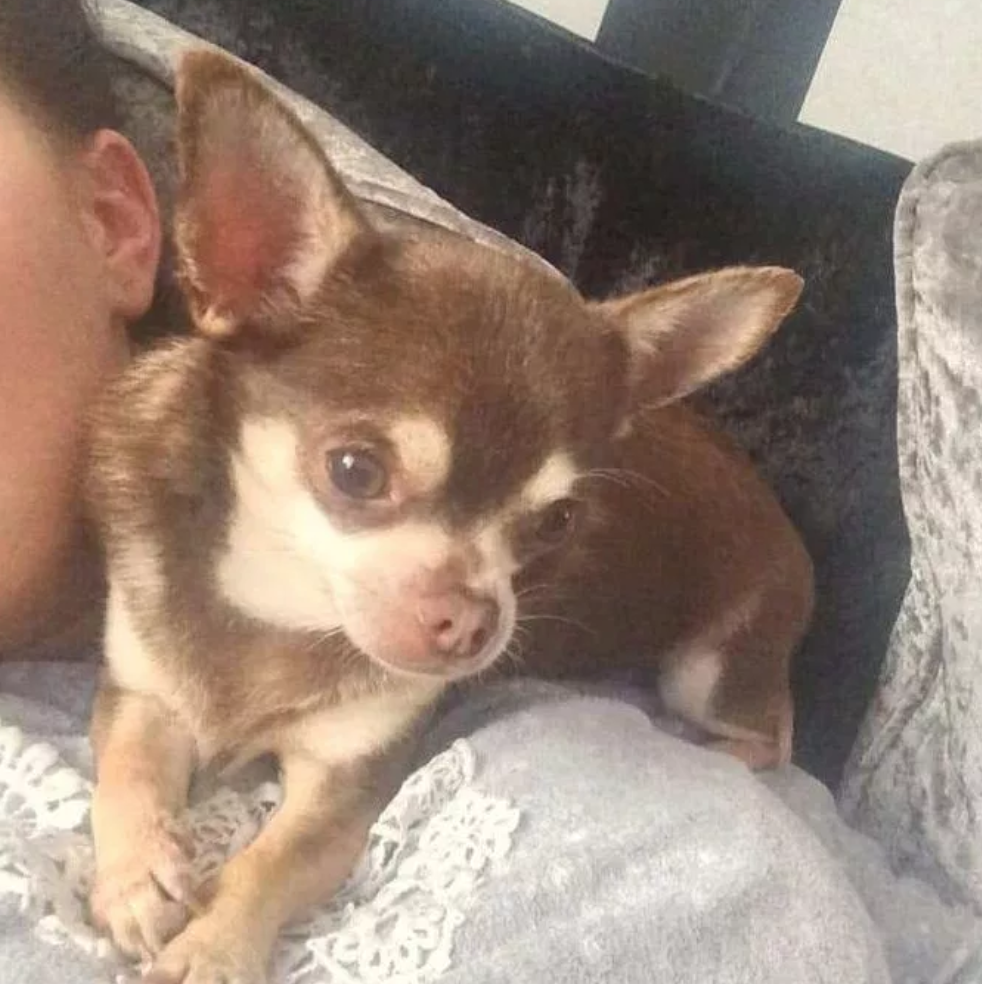 Gizmo was nicked from outside the house of 24-year-old Becca Hill, right under the nose of her partner. The gull has not been seen since.

It’s not an isolated incident, either. Becca’s neighbours have also reportedly seen seagulls snatch rabbits off the ground.

It doesn’t look good for the tiny dog.