Viewers In Hysterics After Rude Word Is Revealed On Countdown

Viewers, contestants, and presenters on Countdown were left in hysterics after the randomly chosen letters spelled out a very rude word.

It’s been a staple of British daytime TV for nearly four decades now, but the Channel 4 game show keeps on throwing up new stuff to shock and amuse audiences.

We all know how the game goes, you choose some letters – consonant please, etc. – and then you have to form the longest word.

With that format – less so with the numbers round, admittedly – there is always the chance that some rude words are going to crop up. After all, most of them are four letters long.

Well, if you look at Rachel Riley’s face when the letters were being drawn, she definitely got it.

After the famous Countdown clock had reached the end of the 30-second-long cycle, both contestants were left with the same word.

When asked what they’d managed to come up with, Rob and James both agreed that they’d arrived at the same, slightly rude, point.

James added: “Yeah, I have got a certain seven as well.”

Host Nick Hewer then said: “Susie, sweep all this away from us.” 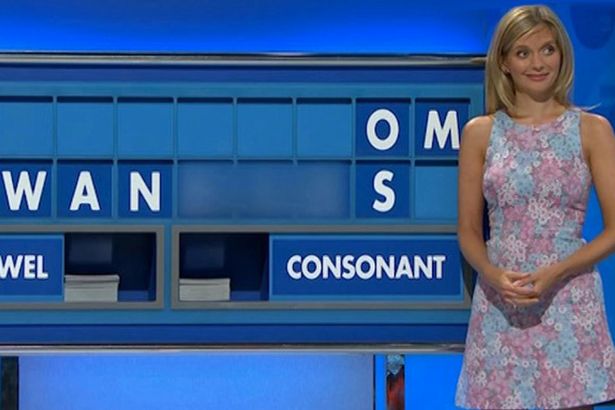 As a matter of fact, there were a few other words they could have had.

Regular Susie Dent and comedian Rory Bremner, over in Dictionary Corner, informed everyone that they could have had ‘Swanker’, ‘Workman’ or ‘Workmen’.

Come on, Susie. Nobody had that.

A lot of people, depending on their political persuasion, have been noticing something of a coincidence between this and another piece of news that broke yesterday.

One Twitter user pointed out: “Boris beat Hunt for PM and Countdown had ‘w*****s’ as a risky 7 this afternoon – coincidence?” 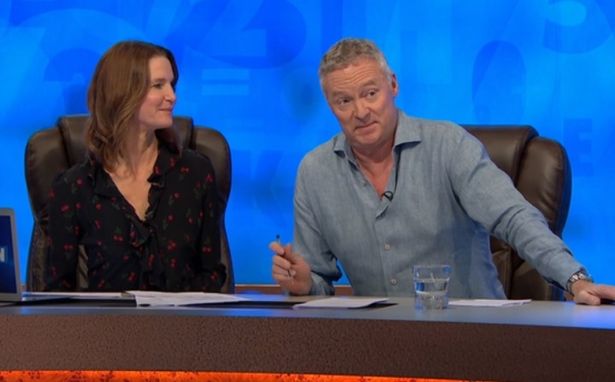 Susie and Rory had their minds out of the gutter. Credit: Channel 4

Another added: “Amazing – both contestants just got w*****s on #Countdown. Seems an appropriate response for today.”

Whatever your views on that particular political saga, everyone seemed to find the whole thing pretty funny.

Other people were simply annoyed that Channel 4 didn’t decide to broadcast the word. After all, it’s a perfectly adequate word, isn’t it?

An angry social media user tweeted: “What ARE we coming too? I remember a time when it was okay to say w*****s on the program without it being bleeped out.”

Well, Countdown does go out in the middle of the day. Imagine all of the elderly folk and students that could be offended by such a word being broadcast at 14:10pm.