The wife of former footballer Vinnie Jones has passed away in Los Angeles after a ‘long illness’.

Tanya died aged 53 surrounded by her family at their home in Los Angeles. 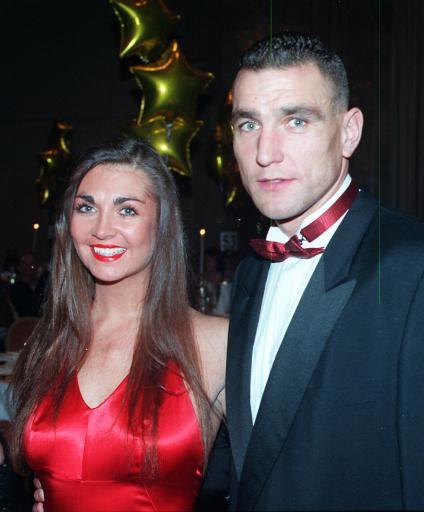 A statement from Jones’s management said: “At 8.46am local time in Los Angeles on Saturday July 6, Vinnie Jones’s wife, Tanya Jones, passed away after a long illness.

“Tanya passed peacefully at the Jones family home surrounded by Vinnie, their daughter and other family members.

“Vinnie and the family ask for privacy while they go through an understandable period of mourning during this devastating time.”

I’m very saddened to hear the news of Vinnie Jones wife Tanya passing away . My thoughts are with Vinnie & his family at this difficult time :pray:

In 2013, the Mean Machine actor revealed that both he and Tanya were suffering from melanoma skin cancer.

Sky News reported that Vinnie found a lump underneath his eye and a check-up revealed he had a malignant melanoma. Tanya had been diagnosed years earlier and the pair fought together.

According to the Evening Standard, Tanya had an emergency heart transplant aged 21 following the birth of her daughter Kaley and is reported to have also been treated for cervical cancer twice.

Deepest Condolences to you, your family and loved ones @VinnieJones65 :pray: https://t.co/pssQk2LytZ

In an interview with the Daily Mirror in 2017, Jones described Tanya as ‘the most incredible person’, adding: “I think we’re the perfect match and I was lucky to find it.”

Jones made his film debut in 1998 when he starred in Guy Ritchie’s crime comedy Lock, Stock and Two Smoking Barrels. He then went on to act in X-Men: The Last Stand.

The 54-year-old was due to appear on the upcoming Celebrity X Factor this autumn but a source told the Mirror: “Vinnie was expected to appear on the show but that’s likely to change now as filming is due to start in LA in two days time.

“It’s been known for a while that he was going to take part but given the circumstances that probably won’t happen. Everyone is devastated for him and his family.”