Woman Films Bear Trying To Break Into Her House

For most people, the prospect of a bear trying to break into your house is a fairly unlikely one. And even if it did happen, the main thought going through your mind would most likely be ‘how do I get out of here?’

It probably wouldn’t be ‘where’s my phone?’ – but maybe I’m a coward.

Well, one woman who is definitely braver than me decided that was the exact item she needed when a brown bear came clambering through her window during a trip to Lake Tahoe, Nevada.

In the video, posted to Twitter by a friend, the unnamed woman spots the huge bear strolling past her cabin before making its way onto the front porch and up to the door.

The wild animal then decides it likes the look of things and spots a window has been left slightly open. All of a sudden, the bear’s head appears through the blinds. 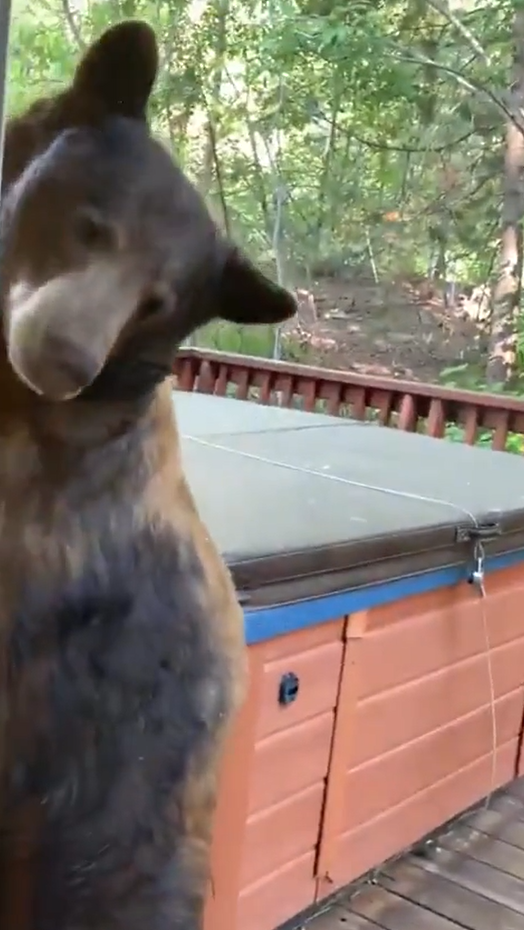 The bear strolled up to their window to have a look inside. Credit: Twitter

But despite her best efforts to shoo the bear away, it quickly swings its legs into the house and fumbles through the window.

It’s only now that the woman decides to run away.

The police eventually turn up and after one of them shouts ‘bad bear’ at the animal, it runs away.

The clip was posted on social media by former Dallas Cowboys football player George Foster, with the caption: “FAM. This is one of my schoolmates from college. She’s NUTS for recording this.” 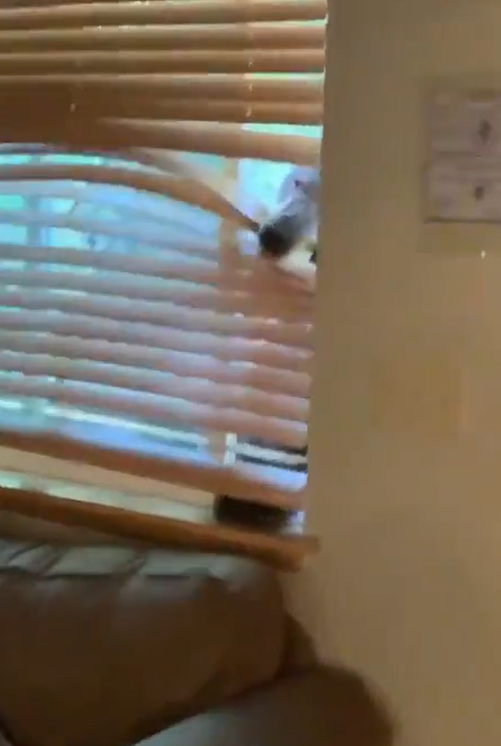 But not content with staying outside, the wild animal tried to get in through the window. Credit: Twitter

He later added: “Maybe she felt like she could bounce if need be lol. She’s a track girl and is INSANE shape. I Still woulda been done dipped lol.”

Some of his followers have since called the video ‘how not to respond to a bear invasion’.

One person asked: “Why was the damn window still open after knowing there’s a bear outside”

A second follower said: “She now knows Angela ain’t got her back.. also Angela is smart.”

“Imagine a big bear tryna break in your house and the people you call for help show up talkin bout some, ‘Bad bear!'” wrote a third.

Moral of the story: run.