Despite having loads of technology at the tips of our fingers, it can still be kind of hard getting in touch with some people.

Unless you know where they live, you’re at a bit of a loss when their phone doesn’t work.

But one woman in Melbourne, Australia has taken matters into her own hands to get in contact with a ‘Chris’ and it’s certainly one way to address the issue. 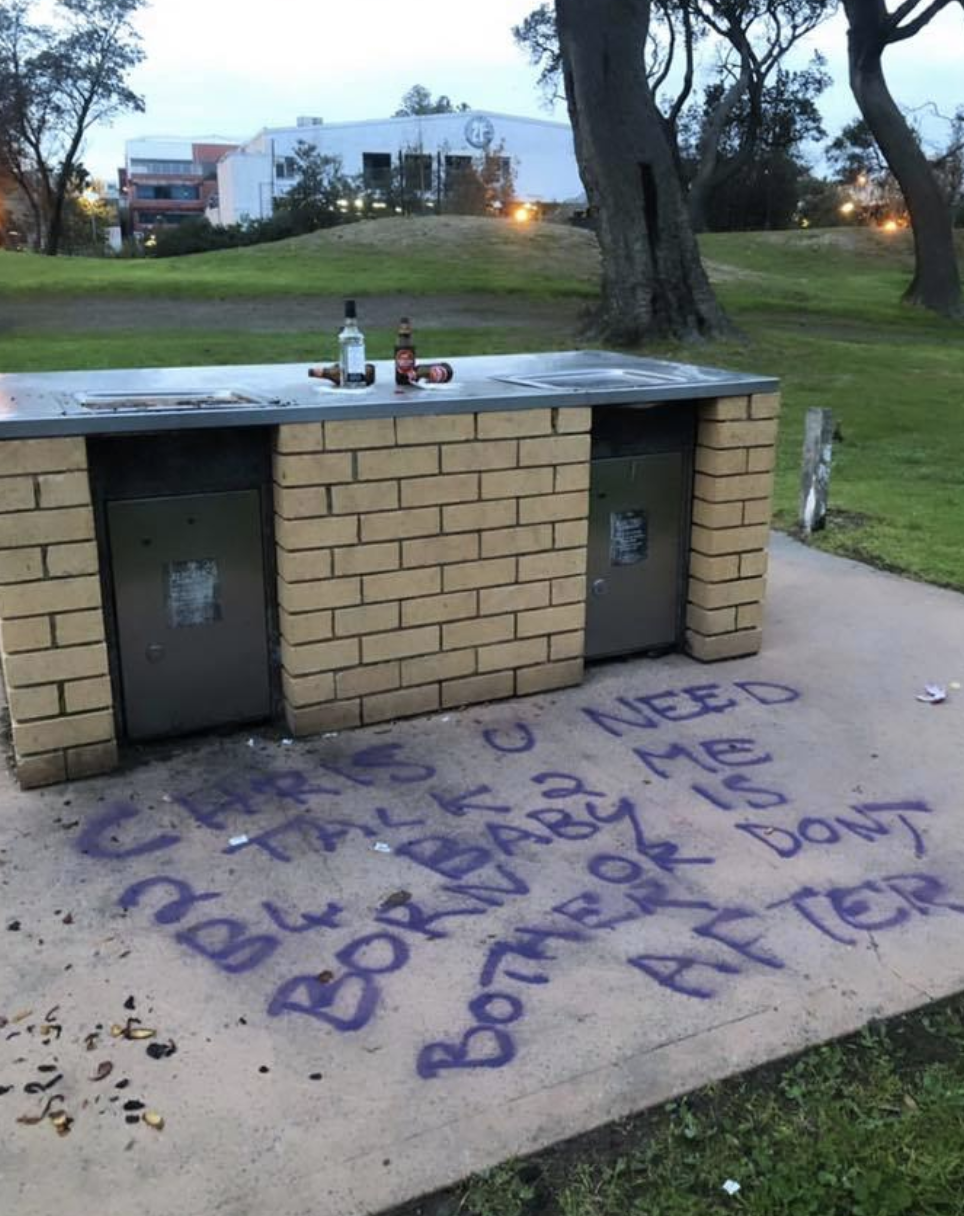 The soon-to-be mum has seemingly written the same message across Frankston and people are wondering what the hell is going on.

“Chris U need 2 talk 2 me B4 baby is born or don’t bother after,” the message reads.

It’s been graffitied on several places in paint or permanent marker and who knows when the madness will stop.

It could have started out serious and picked up by random people or it could be the same concerned woman who wants to speak to her Chris.

The Frankston Community group on Facebook posted examples of this woman’s handiwork, adding: “Chris… Can you please just call her before she destroys the whole city?”

The post has been liked, shared and commented on by tens of thousands of people.

“I need to know what happens next. Will Chris call? Will she keep her word of blanking Chris once the baby is born?” said one person.

Another wrote: “Wonder how long Chris has got. Come on Chris, we’ve suffered enough.” 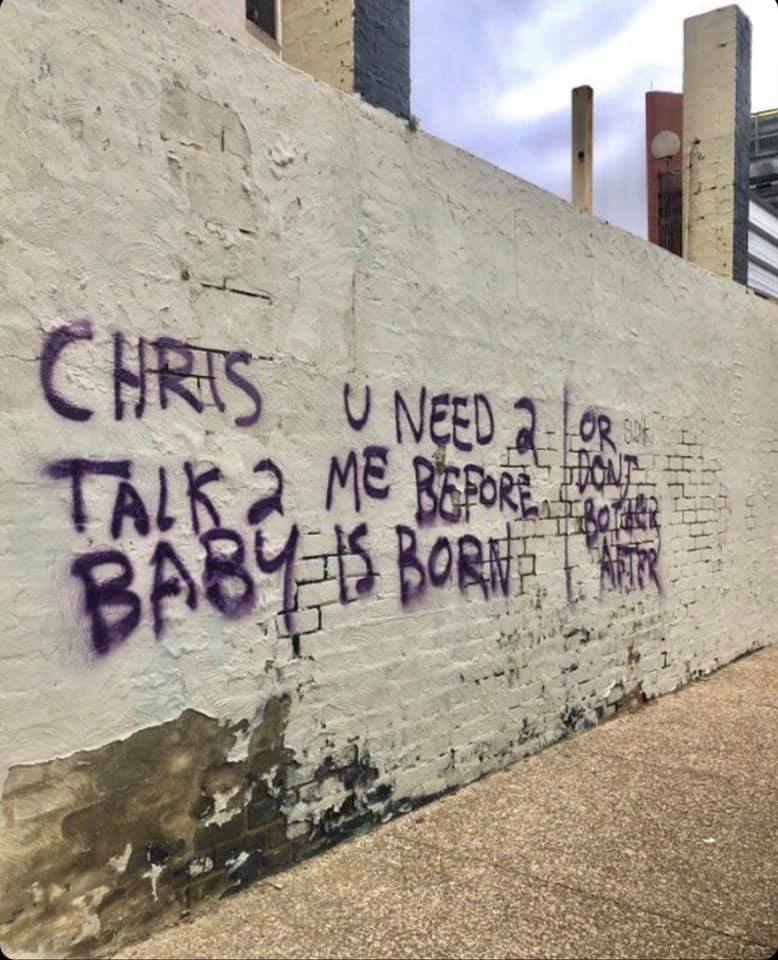 Melbourne is no stranger to strange works of art in the form of graffiti.

A Reddit user has spotted strange phallic designs while scrolling through Google Maps, with one of the penises measuring a whopping 122 metres long and 20 metres wide, according to Broadsheet.

At the moment, the pensies have been spotted in T W Blake Park in Preston, Hayes Park in Thornbury and John Cain Memorial Park.

They’re all impressively long and wide in design so it must have taken some serious work to create them. The artist or artists have gone for a simple penis design instead of doing anything tricky with veins. 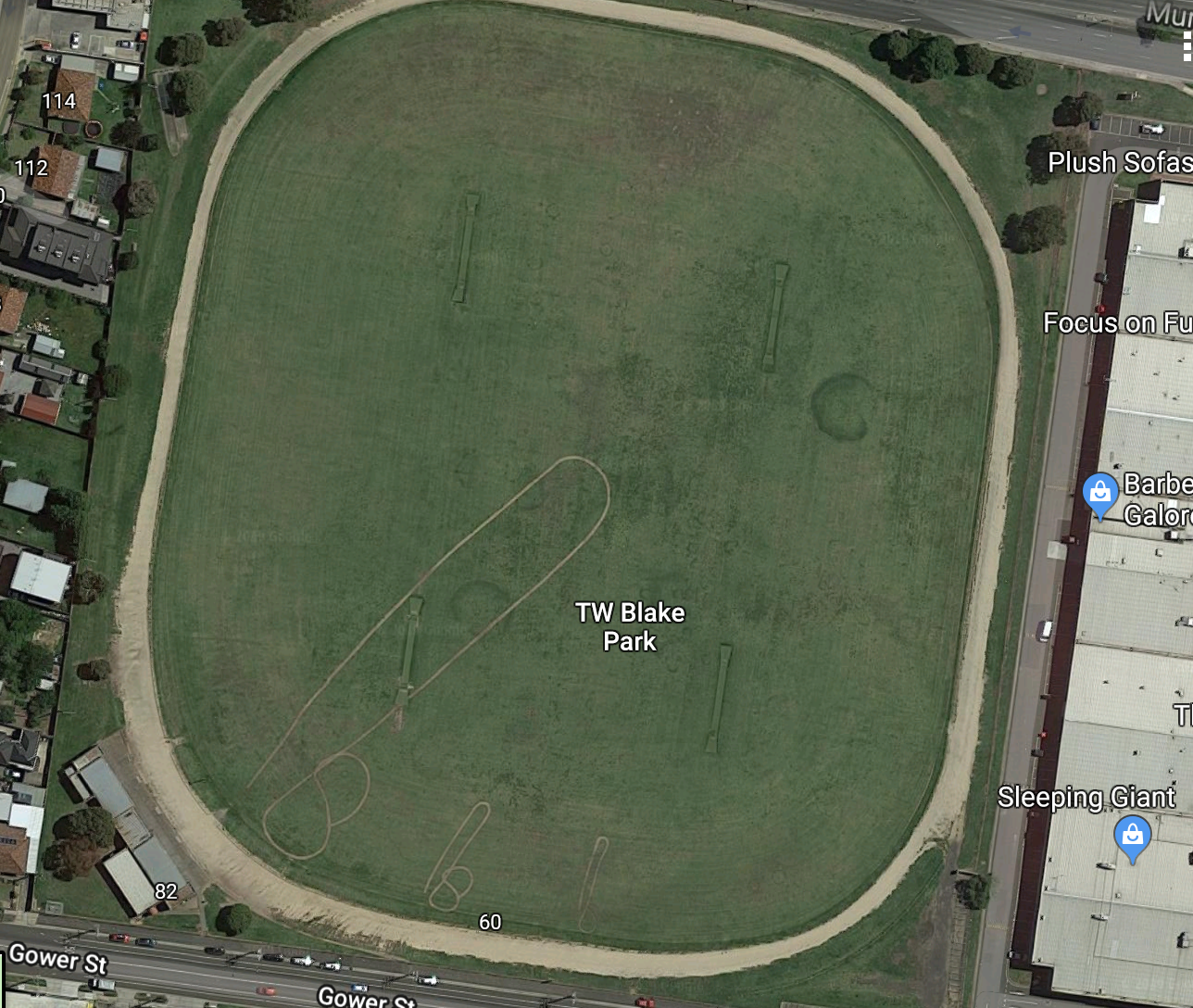 “Darebin Council condemns this type of irresponsible vandalism on our parks and sportsgrounds. It is not a cheap joke – fixing the affected ovals is complex, costly and time-consuming,” she said.

“Council is taking action to remove the graffiti, but it can take months for the grass to recover, during which time our community are left using sub-standard grounds which can be a safety hazard.”