It’s a classic Hollywood trope that’s been used in countless films and TV shows where someone will be in the ocean and suddenly they get attacked by a shark because there’s a drop of blood.

But how accurate is this?

A YouTuber set out to answer this question and the answer has been pretty surprising.

Mark Rober didn’t just chuck himself in a tank with a docile shark that’s been studied for years, he decided put himself in the middle of the ocean in the Bahamas where there were sharks galore.

They first set up a test to see whether sharks liked the scent of blood over other flavours. They grabbed four surfboards and placed fish oil, cow’s blood, seawater, and urine on top of them to see what attracted what.

While the cow’s blood didn’t attract much to begin with, there were more than 40 by the end of the study.

There was a mild reaction to the fish oil and the urine and seawater attracted nothing. 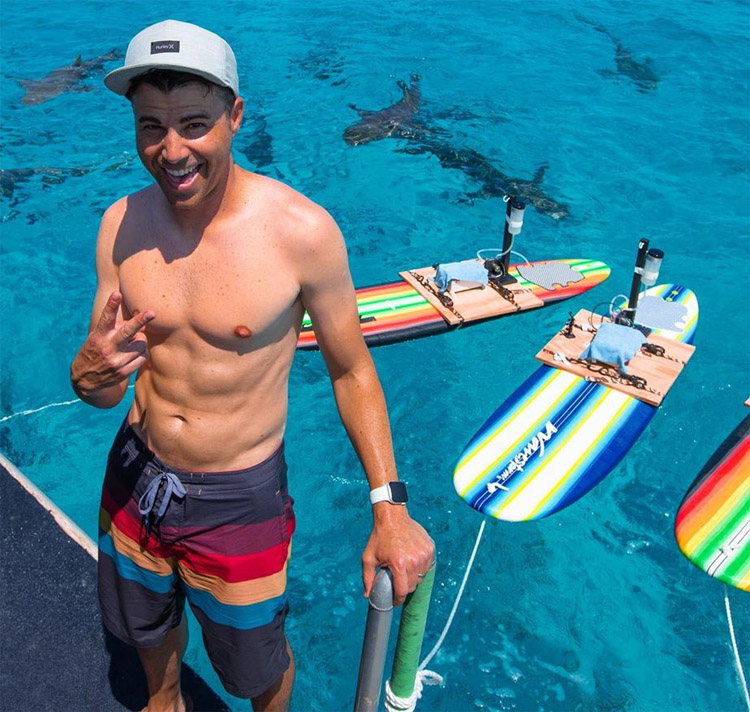 So then it was onto the next test, which was to see whether sharks had a particular affinity for human blood. Again, there were control surfboards employed for the study, one that deployed one drop of blood per minute, one that would espouse one drop every four seconds and one that had nothing.

Interestingly, researchers found that no sharks were attracted to any of the surfboards.

“I think it’s safe to qualitatively say that if no sharks came to check out 15 drops of human blood a minute in the middle of shark-infested waters, you’re probably going to be okay with a small scrape,” Rober revealed.

“There certainly won’t be some kind of feeding frenzy with a single drop of blood from all sharks within a mile.”

That should certainly help loads of people relax about going into the ocean with a small scratch because, let’s be honest, we’ve all thought about it at one point or another.

But that’s not to say that sharks aren’t ferocious predators.

That’s what a group of blokes discovered as they were on a fishing trip in America.

The men were fishing about 30 miles off the coast of Manasquan Inlet, New Jersey, when they were paid a visit by a massive shark, more than half the size of their boat.

In a video taken from the boat, the grey figure can be seen lurking ominously below the water, edging closer and closer.

As the calm among the fishermen rapidly evaporates, the shark then surges above the water and rips the bait from the vessel, Jaws-style.

Credit to the guys, it’s a very excitable losing of their shit, rather than the absolutely petrified losing of shit most of us would concede in such a situation.